This toolbox contains all kind of information that can be useful for working with Lactobacillus jensenii. First, we provide culture conditions that we used and were proven to be working. Second, it contains a transformation protocol that we optimized and found to be the most efficient of all those we tested. Finally, the toolbox contains all DNA sequences (vectors and biobricks parts including L. jensenii specific promoters) that we used in L. jensenii for our project. We hope that this toolbox will facilitate the use of L. jensenii by other iGEM and research teams. We plan to extend the toolbox in the future by providing the community with a physical distribution of well-characterized vectors and regulatory elements.

How to grow Lactobacillus jensenii?

For our project we used the following strain and culture medium :

We used this broth for both our liquid and solid culture media. The liquid medium was used to do the solid medium by adding agar to it. We tested different concentrations of Agar to measure which one was the best. 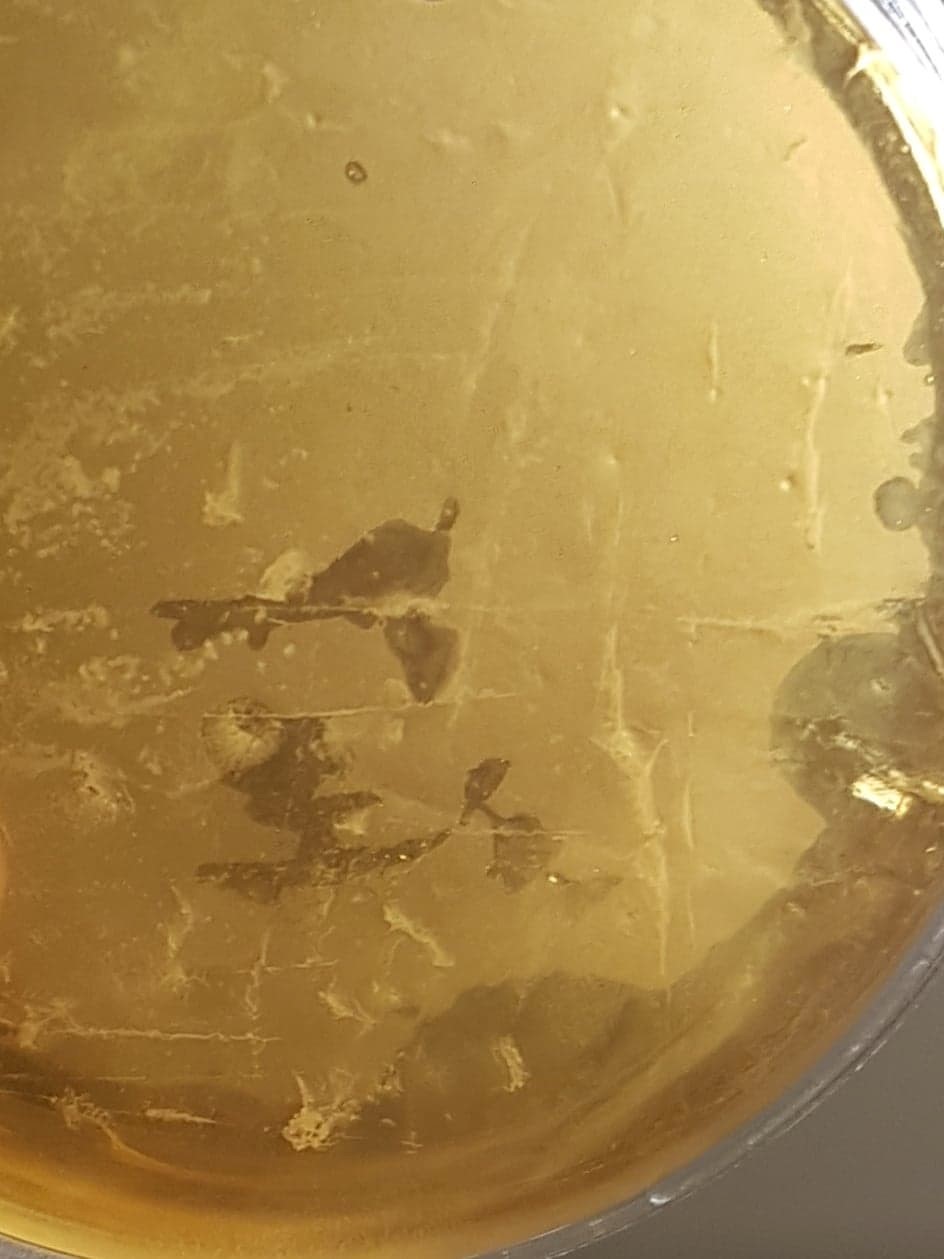 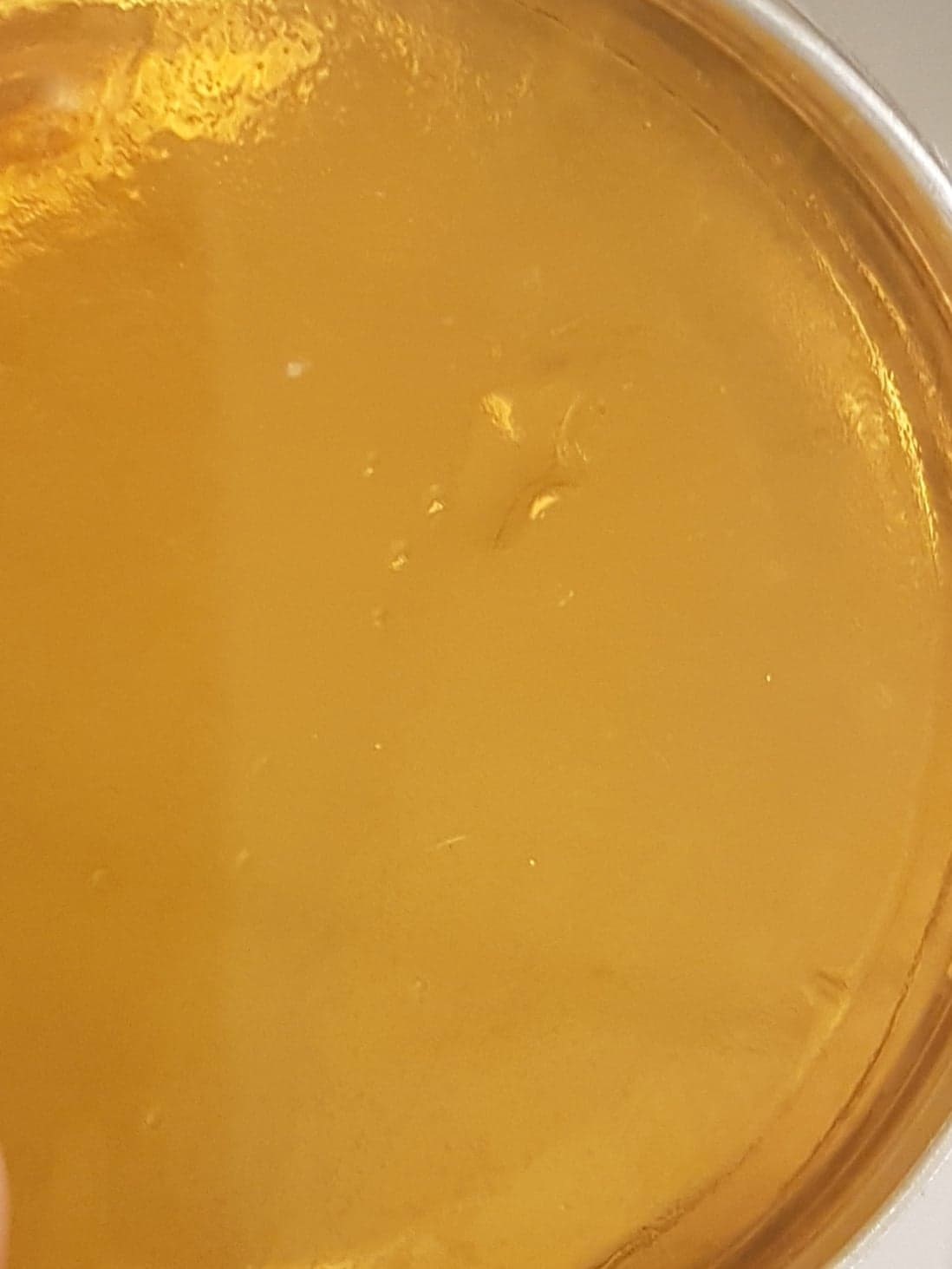 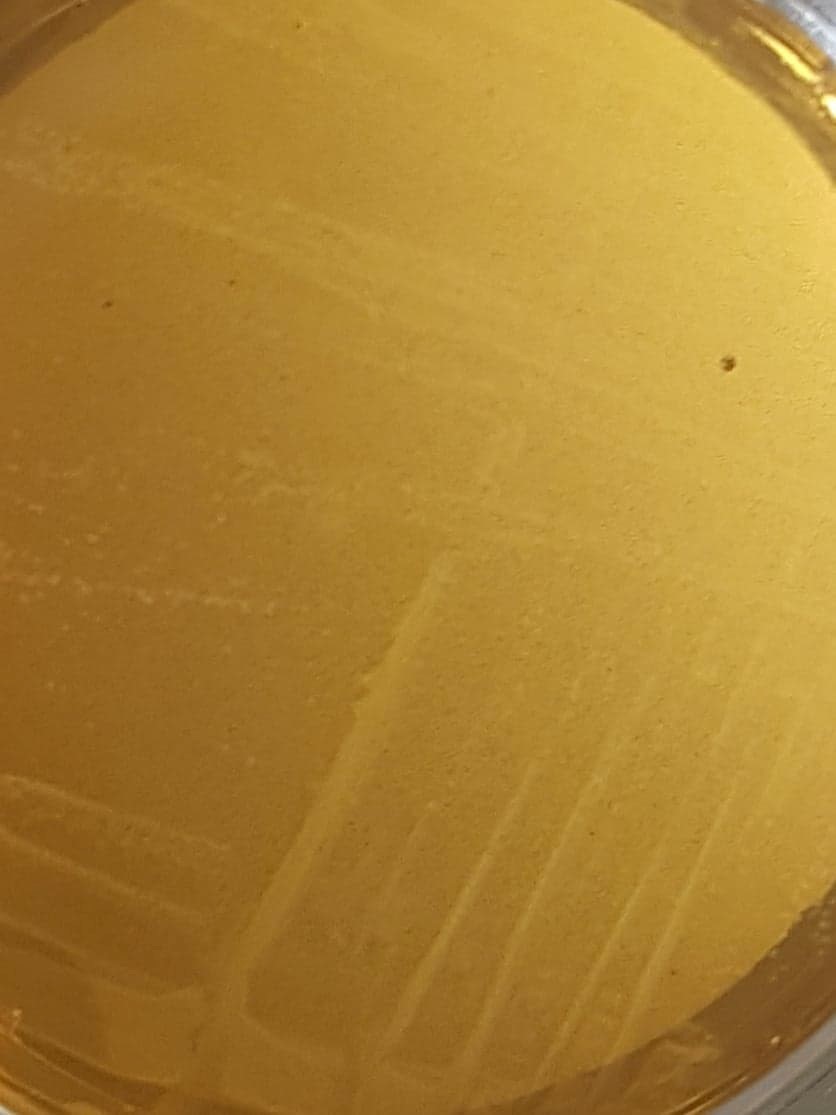 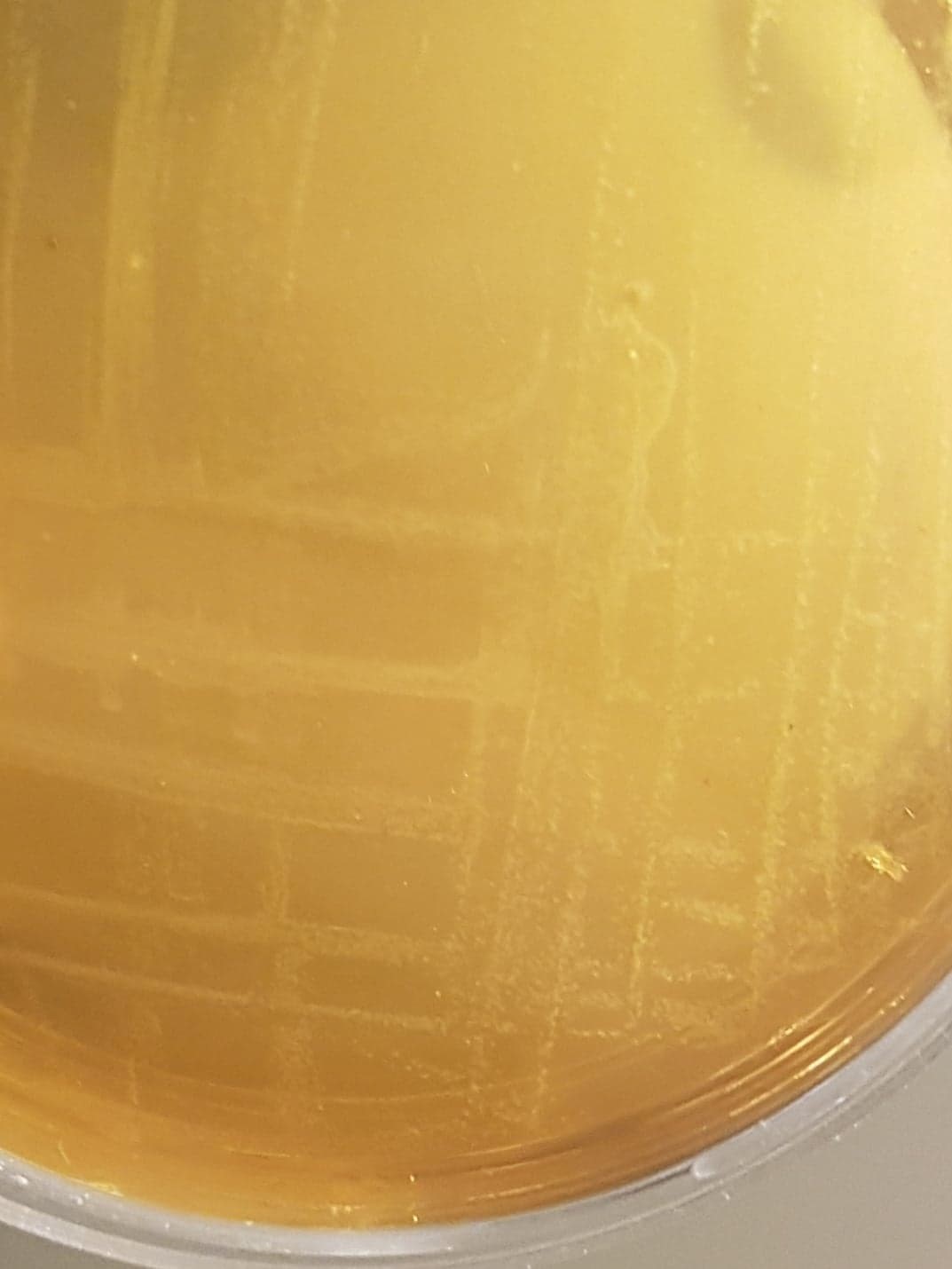 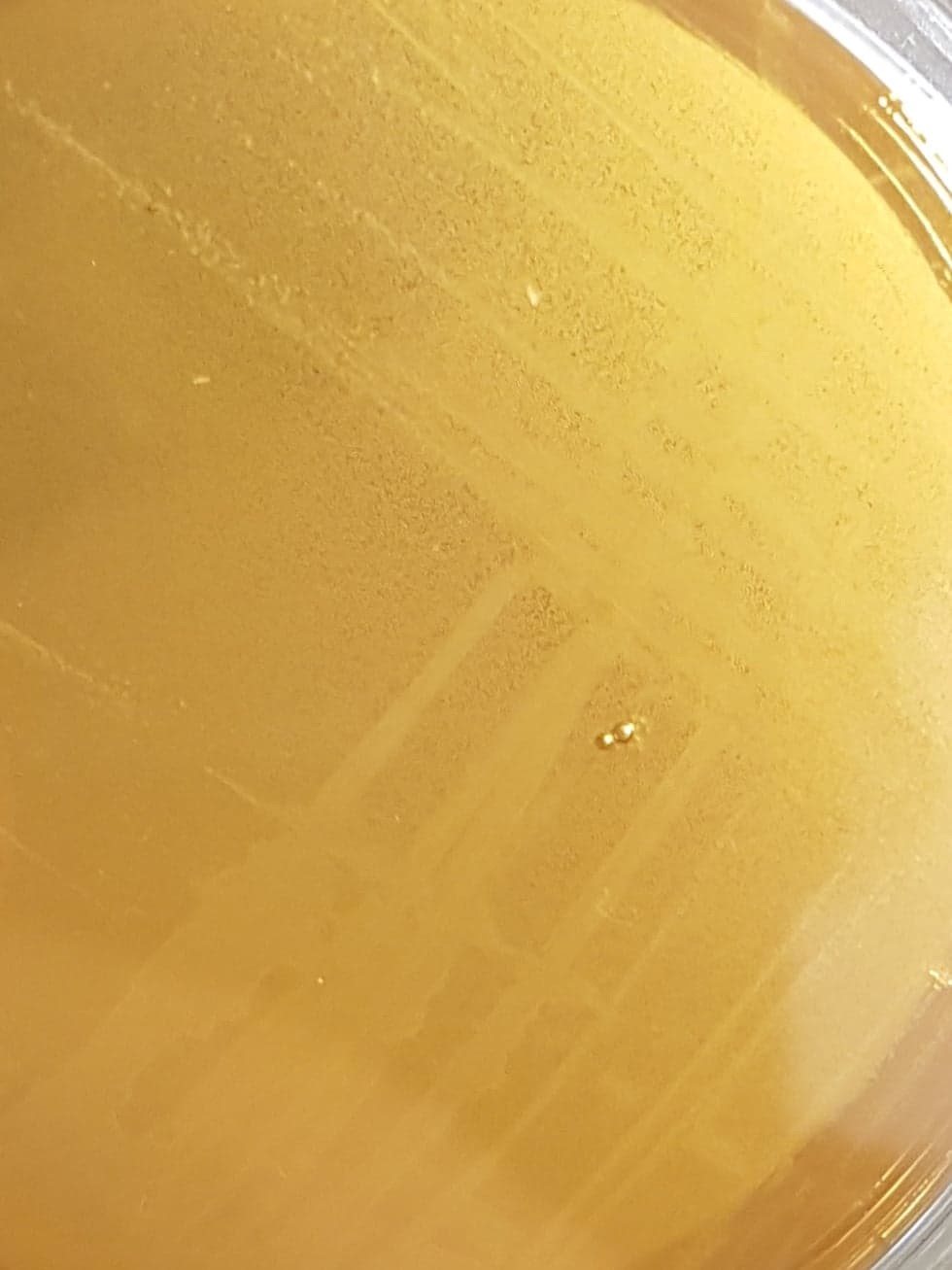 Figure 1: The different concentrations of Agar used for solid MRS culture medium and L. jensenii grown on the plates for 24 hours.

The plates with 5g/L and 7 g/L of Agar were not showing any colonies. For the three others there were more colonies for 12g/L. From this experiment we decided to use 12g/L of Agar for our experiments.

L. jensenii is a facultative anaerobic bacterium, it does not absolutely need CO2 to survive but grows way better in anaerobic conditions. For our project we did not have a CO2 incubator available for growing bacteria. We thus decided to grow our bacteria using an “old school” microbiology method. The goal of the method is to get rid of the Oxygen present in the environment of the bacteria. To do so, we put the plates in a hermetic container and placed a burning candle inside it before closing the lid. The candle consumes all the oxygen and turns it into in CO2, until all O2 is consumed and the candle extinguish.

As L. jensenii grows in small colonies we usually used small plates (60mm diameter) and put them in a jar (Figure 2) as follows:

For transformant selection, we needed more colonies so we used normal culture plates (100mm diameter). We put them in an airtight-closing bowl with three candles (Figure 3).

The stationary phase is reached at 8 hours of culture (Figure 4).
The culture takes generally 24 hours in liquid and solid media and can take up to 48 hours to see colonies on plates. It is much slower than E. coli and this can pose be a constraint for research on this strain.

How to transform L. jensenii?

We tried to transform our bacteria several times with these three different protocols. Finally, we decided to focus on Berthier 1996 as we had better results. A reason why Speer 2012 did not work well was the addition of glycine to grow bacteria. It weaken the bacterial wall too much, and inhibited the grow. We did not focus on Chatel because the use of magnesium in the electroporation buffer gave us bad time constants, that means that bacteria were not well transformed.

Once we chose the most promising protocol, we had to optimize it. We tried different conditions for the following parameters:

You can find the exact protocol for transforming L. jensenii on our Protocol page.

We designed a procedure to verify every problem that might happen during transformation. It is a table to fill with the number of colonies we have in plates after transforming or not and grow with or without antibiotics (Table 1). For these experiments, we inserted pLEM415 into L. jensenii. It has an erythromycin resistance gene.

Table 1: Analysis of the transformation results.

We obtained positive results validated by the correspondent controls. We succeeded to transform L. jensenii at least once, but the experiment still lack a good reproducibility as we failed to achieve the transformation other times after this. The protocol still needs to be optimized to work each time for further use.

To go further, analysis such as colony PCR is required. Indeed, this should confirm if we succeed to transform L. jensenii with our plasmid or not.

The choice of the plasmid has been complicated because the strain is little used in synthetic biology. Thus, it has been difficult to find plasmids "free" of intellectual property. Indeed, the only existing plasmids (pOSELp23 and pOSEL144) were created by the company Osel Inc (USA). Unfortunately, we could not obtain the constructs from the company.

We therefore had to find a vector responding to the following specifications:

We chose not to create a vector from scratch but to start by trying to reuse different already ones existing. Our choice turned toward specific vector with different origins of replications operating into Lactobacillus species available on the Addgene website. While none of them was previously used for L. jensenii, we hoped that at least one of these vectors could be functional in L. jensenii:

We were able to transform pLEM415. If we had more time, we would have tested all the plasmids in L. jensenii. Some of them might be functional.

Testing and choosing a vector

pLEM415 is the most documented so it the easiest to use for our manipulations. This construct was used to transform Lactobacillus casei, Lactobacillus delbrueckii and Lactobacillus acidophilus [1]. Because of time constraints, we were not able to test the other plasmids.

To compare, all of the OSEL vectors contain the repA and erm genes are from a naturally occurring L. reuteri plasmid pLEM7 [3]. pLEM7 was generated by inserting of multiple cloning site into pLEM5 [2].

To conclude, OSEL vectors and pLEM415 have the same origin vector. While OSEL work with L. jensenii, we could suppose that our vector work as well in our strain.

In recent OSEL research, they create a modular shuttle vector pOSEL175, a modified version of pOSEL144 that can be integrated into the minor capsid gene of L. jensenii through homologous recombination [4].

We started by checking the natural resistances of L. jensenii to different antibiotics to confirm the relevance of using erythromycin and to know the other L. jensenii sensitivity to other antibiotics. We confirmed that L. jensenii is naturally resistant to Kanamycin, Neomycin, Spectinomycin, and Carbenicillin.

We measured the OD600 of L. jensenii cultures and diluted them to have cultures of 0.1 OD600 in 5mL of MRS with the conditions presented below (Table 2). The cultures were observed the next day, after 24h of growth.

The vector that we use has an erythromycin resistance, so we prepared plates with MRS Agar and carbenicillin to control.

We were able to demonstrate (Figure 6) that Lactobacillus jensenii is sensitive from 0.4mg/mL of erythromycin.

To test the putative promoters and the different signal peptides, we used a reporter gene that encodes the protein mCherry (RFP). The mCherry red fluorescence protein excited at wavelengths 44 longer than 600 nm and is photostable.

We chose RFP as a reporter because it is more adapted in acid media and we saw it in several studies with intestinal Lactobacilli [8] but also in vaginal Lactobacillus [4].

We aimed at developing a library of differents promoters that work in L. jensenii. We first retrieved known L. jensenii promoters from the literature. We also generated a bioinformatic tool using MEME to find pre-gene sequences in bacterial genomes. Wwe then chose the most relevant ones to design and clone the constructs for testing their strength. For more information see our modeling page. Moreover, as we wanted to use B. subtilis a surrogate Gram positive chassis, we designed a set of construct operating into this bacterium.

In total, we selected 3 Promoters from Osel papers [1], 10 in silico predicted sequences, and 4 promoters for B. subtilis [5] and we synthesized these promoter sequences. We use the already described RpsU promoter used in our constructs that are supposed to be coding the proteins for our project.

These 17 promoter candidates were placed upstream RFP gene coupled with a strong RBS to quantify their strength by analysing the fluorescence intensity of the cells.

Several sequences were cloned into E. coli. Unfortunately their strength couldn’t be analyzed on time on L. jensenii. Indeed, putative promoter were designed for Lactobacillus and the transformation on this strain was difficult so we did not have time to characterize the strength of this promoter (Table 3). However, we tried to study the strength of the promoter in E. coli by flow cytometry (Figure 7).

Table 3: Advances state for each sequence.

We were able to characterize PrimerpromBS-Ppgi-R0 in E. coli by flow cytometry (Figure 7). The cells produced RFP with the promoter which is a witness for gene expression.

We quickly encountered a problem in the project. We need to express spermicidal molecules in the supernatant so that they can act directly on the spermatozoa.

In the case of peptides, we have not added an excretion system because proteins already undergo many post-translational rearrangements. We did not want to burden the process with the addition of a secretion system.

In the case of antibodies, we looked for different secretory peptides associated with gram + bacteria:

Furthermore, we merged the SP with RFP to study secretion.