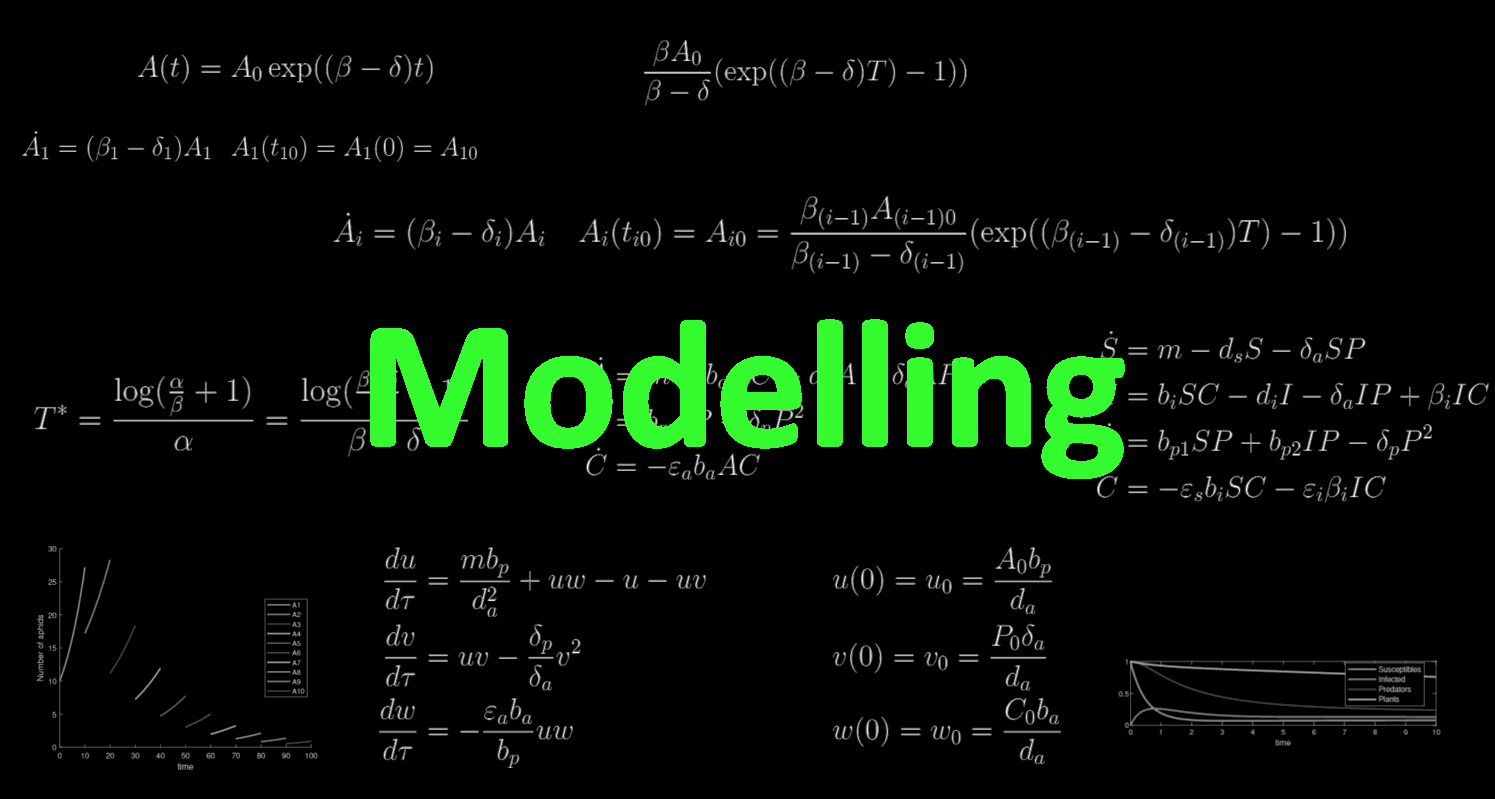 As part of our project, we decided to create several models to test the potential outcomes of the application of our siRNAs.

We first proposed a laboratory model, analogous to the aphid toxicity assay that we would have performed had we had enough time in the lab. This experiment would have had about 10 aphids placed on a transgenic leaf disc, with nymphs being moved onto another leaf disc when they were born, assuming a generation time of about 6 days. This assumes no predation or aphid migration due to it being a controlled environment.

This allows us to model the population dynamics given a set toxicity of our siRNA constructs, where 0% toxicity is the experiment on control leaves that do not have the siRNAs, and then simulations with increasing toxicity of the siRNAs, where it reduces aphid birth rate (as we assume that the bacteriocytes are essential for normal development). This model can be run for an arbitrary number of generations, each of arbitrary length.

The second model considers greenhouse conditions, where we propose that there are aphids present but predation is also present. However migration is absent as it is separate from the outside world. In this model, the aphids are not moved to leaf discs in each generation and the number of plants is also taken into account. This allows us to model the aphid, predator, and crop population dynamics, allowing us to show which factors are of most importance.

Finally, our third model considers the field setting. This is identical to the greenhouse model but with migration of aphids added.

The embedded PDF below shows all of these models and their variations, with each of the mathematical parameters and any assumptions that were made. The PDF was compiled using LaTeX. Here is a link to the PDF, should it not open properly on a mobile device. In addition, the .m files used for our modelling on MatLab can be downloaded here, allowing replication and testing with different values.