As a team, we attended several different outreach events to engage with the public, increasing their knowledge and understanding of our project and genetic modification in general. In turn, we hoped to improve our awareness of what the public's opinions actually are.

The University runs several open days across the academic year, and we were lucky enough to attend 3 open days to demonstrate plant infiltrations and communicate with prospective students about activities outside of their studies, such as iGEM. Many of the students and parents were amazed at the opportunities that Cardiff offered at undergraduate level and eagerly discussed our project including the ethical issues of GM, and also the project's potential effects. 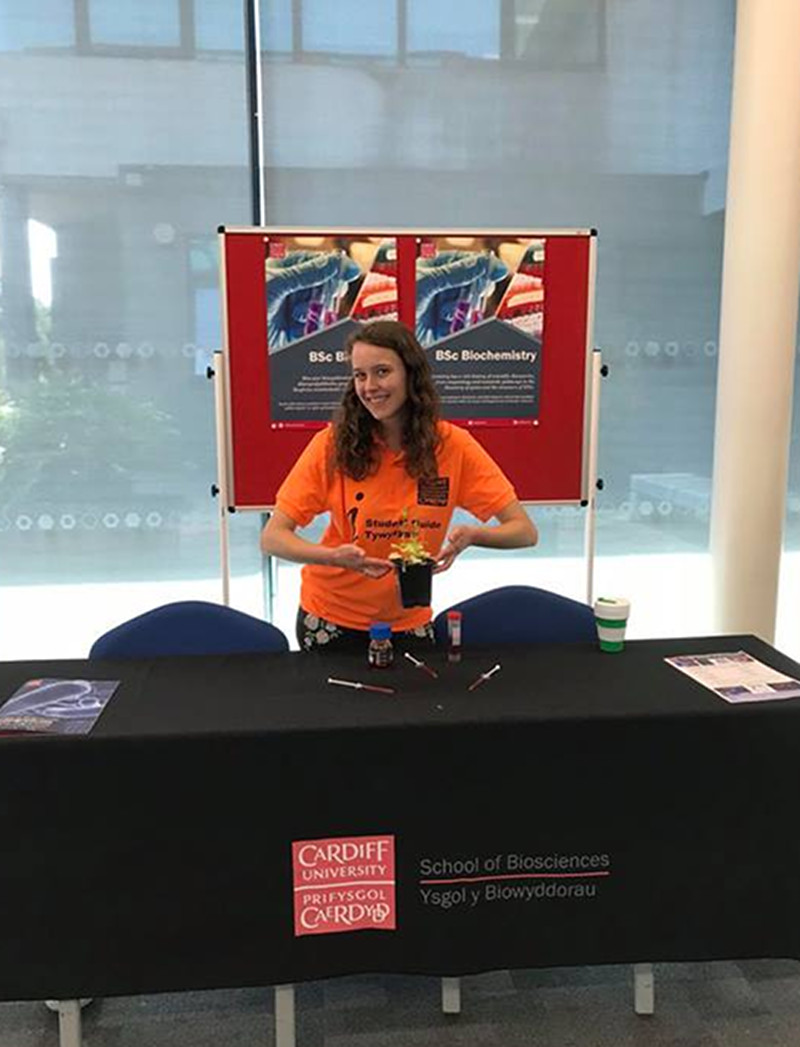 This was the first event our team attended, and one of the most enriching. In deep and sometimes controversial discussion with the attendees, we observed great interest in our student led project and keen discussion of their views on genetic modification. Many of the people we spoke to came from many years of study, or careers in science - they gave us great depth of knowledge on the issues surrounding our project. Speaking with one attendee, Miriam Knight of the Gwent Beekeepers Association, led us to give more thought to the potential effect of our project on bumblebees. For further research, we then looked to contact additional beekeeping associations - leading us to integrate our human practices. 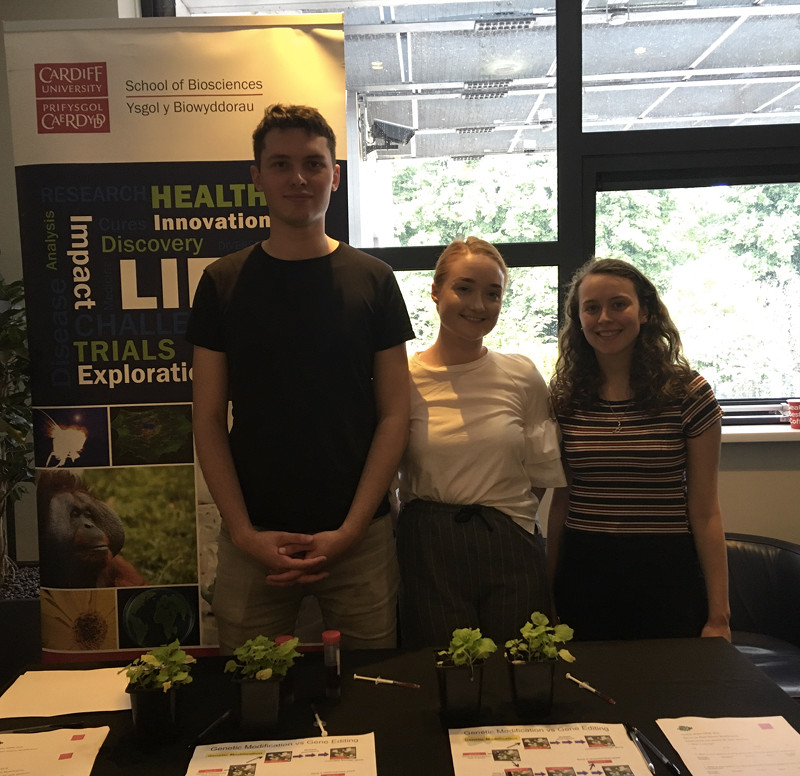 Techniquest is an interactive science museum located in Cardiff Bay. They openly welcomed us to attend their 'Operation Earth' event, which fitted well with the theme of our project, the environment being the central discussion point of the day. Tiny children in large lab coats made for great fun for everyone at the event, as we greatly extended our interactive activities to engage the public - both children and parents were excited to participate, exploring new concepts and giving us their own thoughts and opinions.

The first stage of our activities was by far the messiest! Here, participants did their very own strawberry DNA extraction followed by a plant infiltration. After seeing some DNA, and finding out more about the basis of all living things, the participants then moved to learn about genetic modification on a basic level with our 3D printed plant model showing colour changes with new gene insertions into the plant. Finally, the last activity involved our feely boxes - a hidden object needed to be guessed only using touch. These objects have all been genetically modified in research, and we discussed with the participants from what organism the foreign genes may have come from. At this point, we received the most stimulating discussions on our project and genetic modification on a whole. 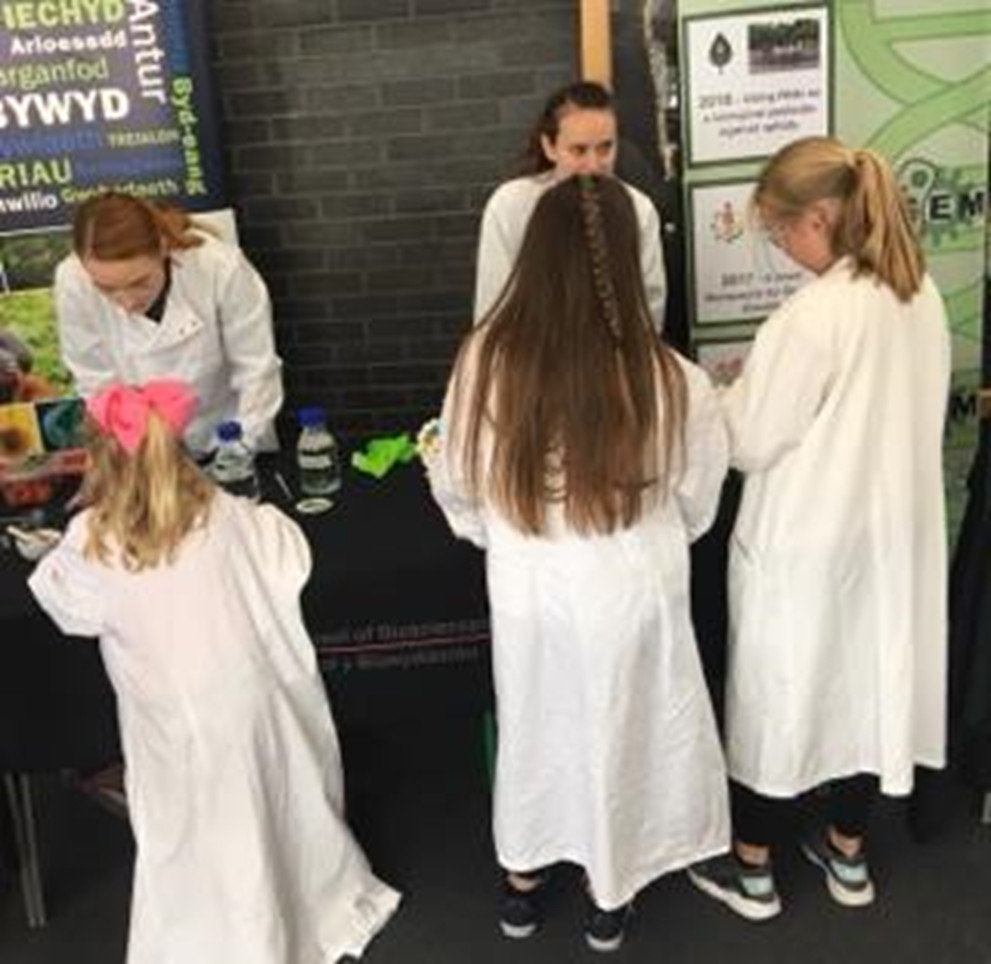 As another part of our public outreach, a member of our team visited a secondary school in North Wales, to have a discussion with sixth form students about the applications of GM and their opinions on using GM to produce crops. We discussed with the students about current commercial uses of GM, and how our project utilises GM plants as an alternative to chemical pesticides. As part of this, the students were asked to fill in a short questionnaire, noting down their opinions on GM crops and any benefits they see from the use of them. The response to the questionnaire was overwhelmingly positive with every student saying they agree with the use of GM to produce crops. Every student also said that they can see benefits from using GM crops, with the most common benefits noted being the production of more nutritious food, higher crop yields, a longer shelf life of foods, and the ability to grow crops in harsher environments. The students also discussed the concerns that they have with the use of GM to produce crops. The most common concerns were the possible side effects on humans or other organisms, allergies and companies possibly overcharging farmers for their GM product. Several students said they have no concerns over the use of GM to produce crops, often stating that this is due to the strict laws surrounding the use of GM to produce food in the UK. Also, as part of the questionnaire, the students were asked about how they think the public in general view GM. Many of students felt that the public is becoming more accepting of GM and that it's starting to be viewed in a more positive light, whilst some of the students felt that there is generally a negative attitude towards GM which comes from a lack of understanding. This was a beneficial public outreach experience which allowed us to have a discussion with a group of young people about their opinions on the use of GM to produce crops. 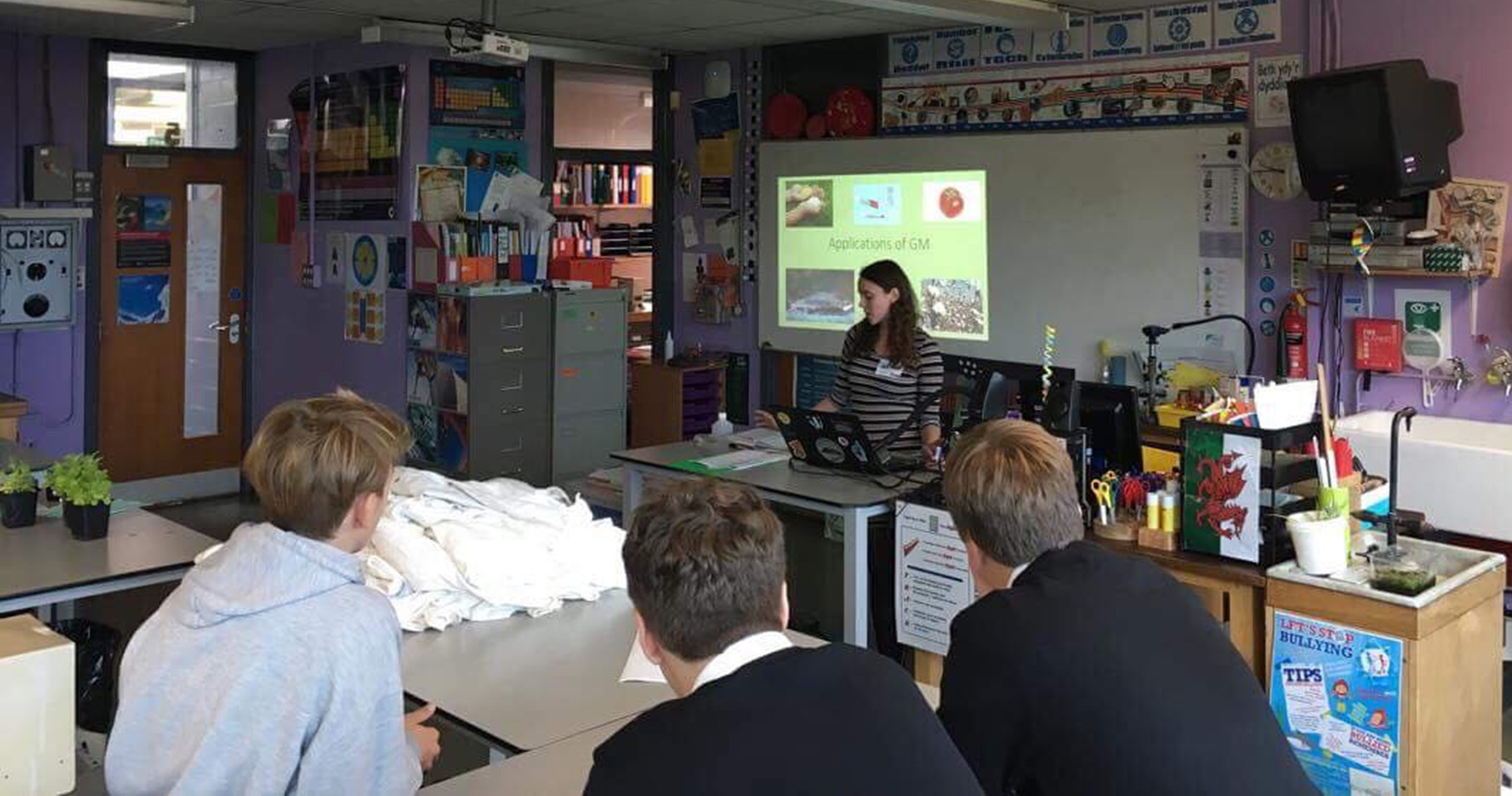 Super Science Saturday! at the National Museum of Wales

Our final outreach event was at the National Museum of Wales, at Super Science Saturday. Again, we loved running our interactive activities to help the children. On completion of all the science activities and games, collecting stamps along the way, the children were given badges and prizes. Our stall involved strawberry DNA extraction, the use of the 3D printed leaf light, and feely boxes where the children had to guess what was in the box, and guess what we may do to genetically modify them. Again, this generated a lot of interest from children and parents alike. 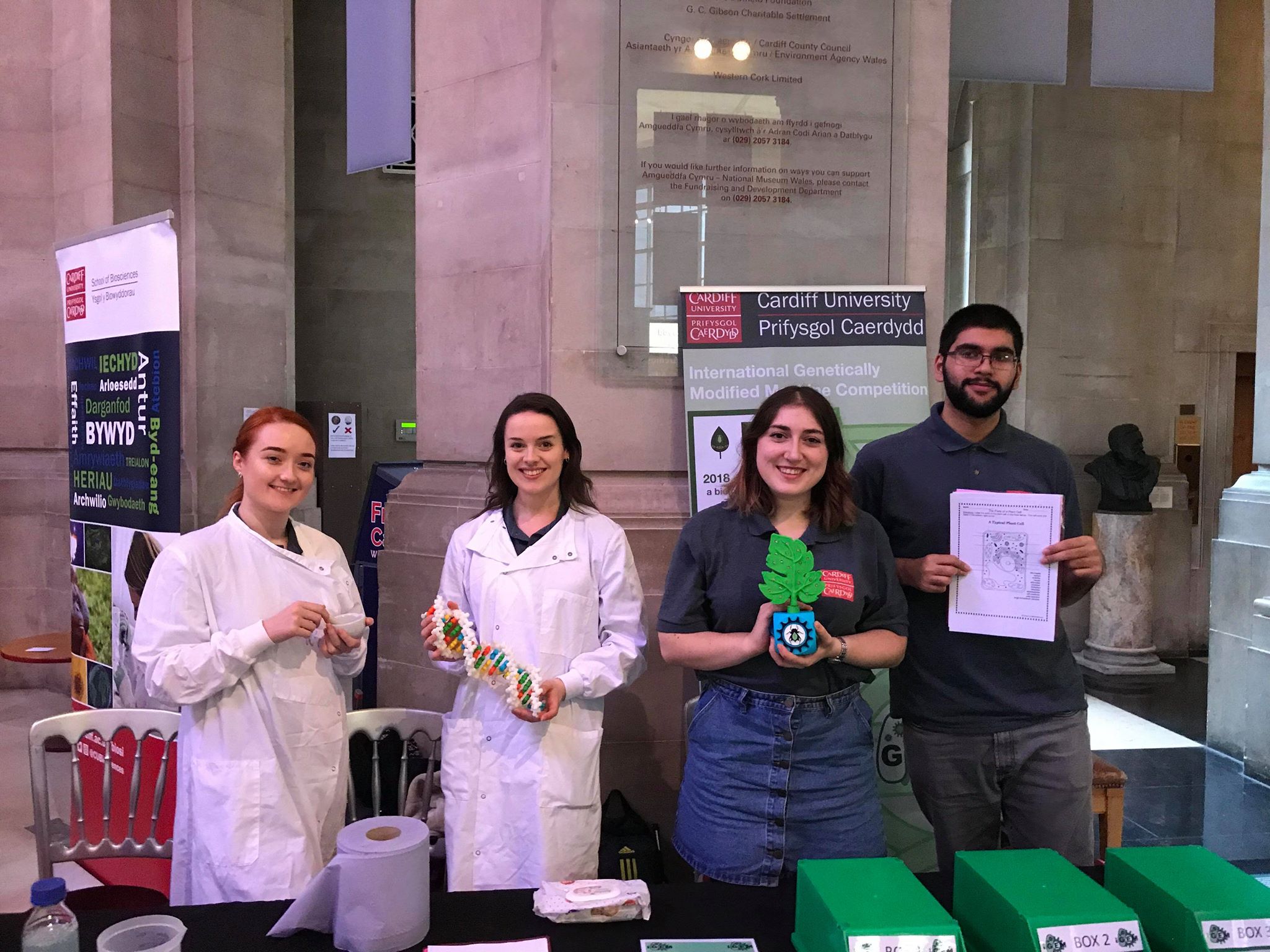