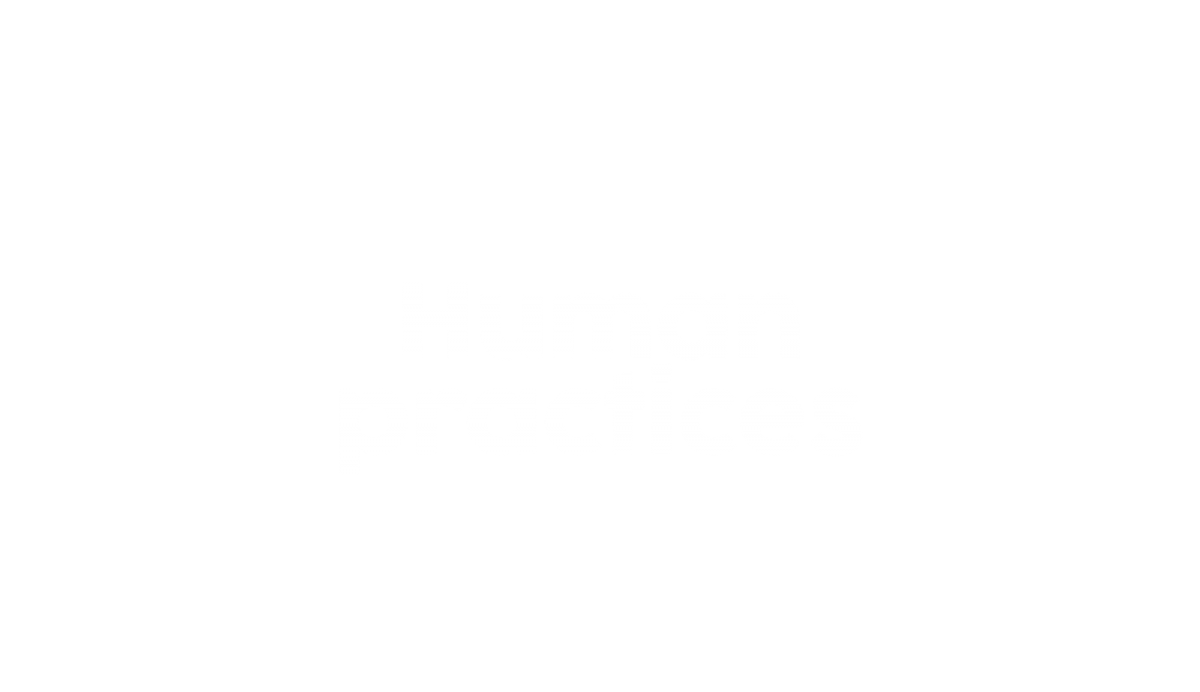 Science and technology have always been prompted by a desire of solving social issues. Thus, science would be nothing if it does not exist a relationship with people.

In this page we are going to show how we have faced integrated practices and we will give an answer these questions:

Feedback receiving: the key to the success

When creating a new scientific device, the existence of political, economic and social frameworks leads into the necessity of an in-depth analysis of how your creation would affect the world and how the world affects it.

As a result, our first step was to identify the real-life problems that could be solved with Printeria and so classify its application fields. To do so, we decided to employ a tip given by Israel (researcher at UPV) the MIT market segmentation table . This table allows you to classify all users you think your product could be interesting to buy on the basis of several questions. Using it we analyzed Printeria potential users in accordance with our project values.

You can read the resulting market segmentation analysis and how it helped us to focus our initial approach by clicking here:

As a result, Printeria main applications fields can be summarized as: 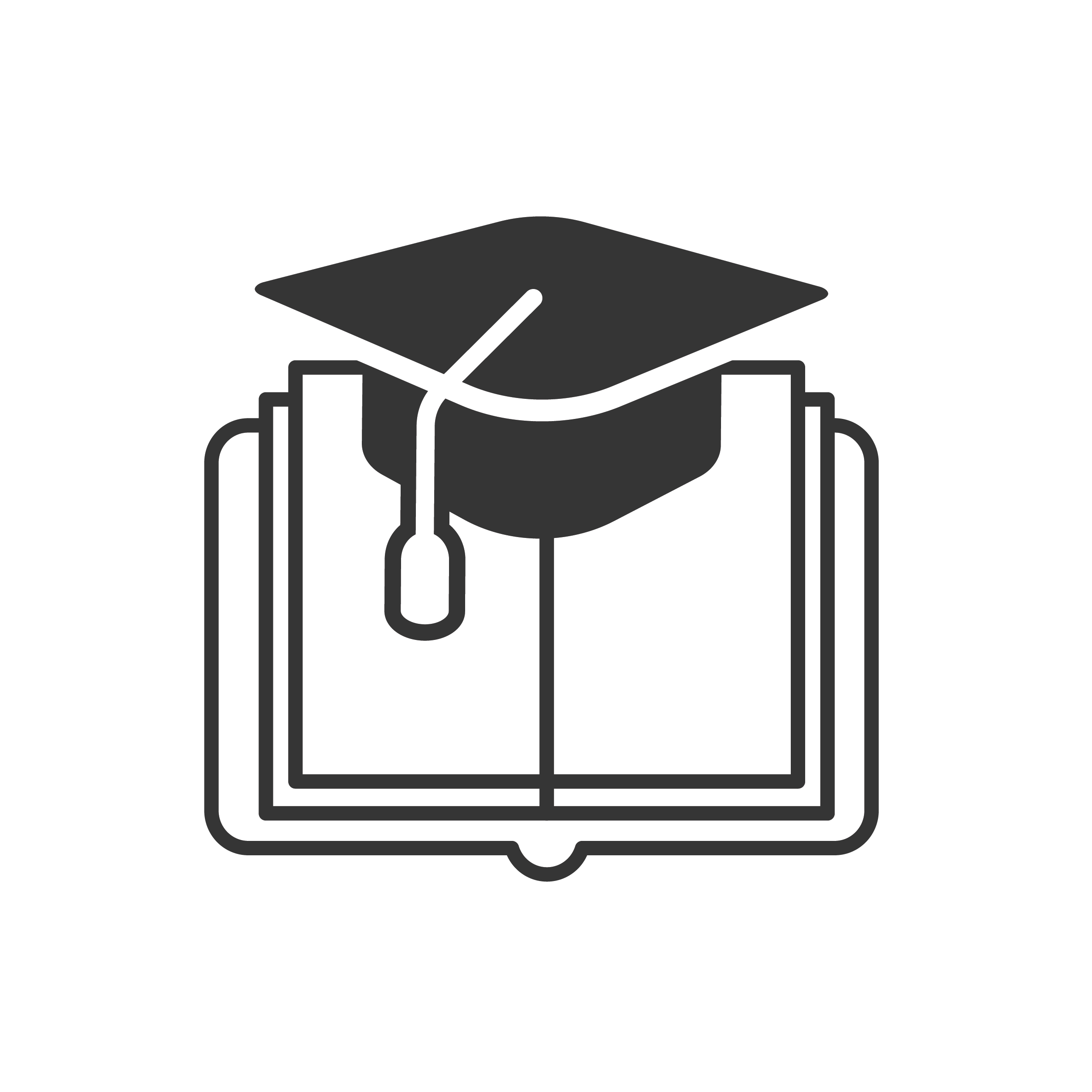 Education With a friendly-user software, Printeria is designed to be an educational tool 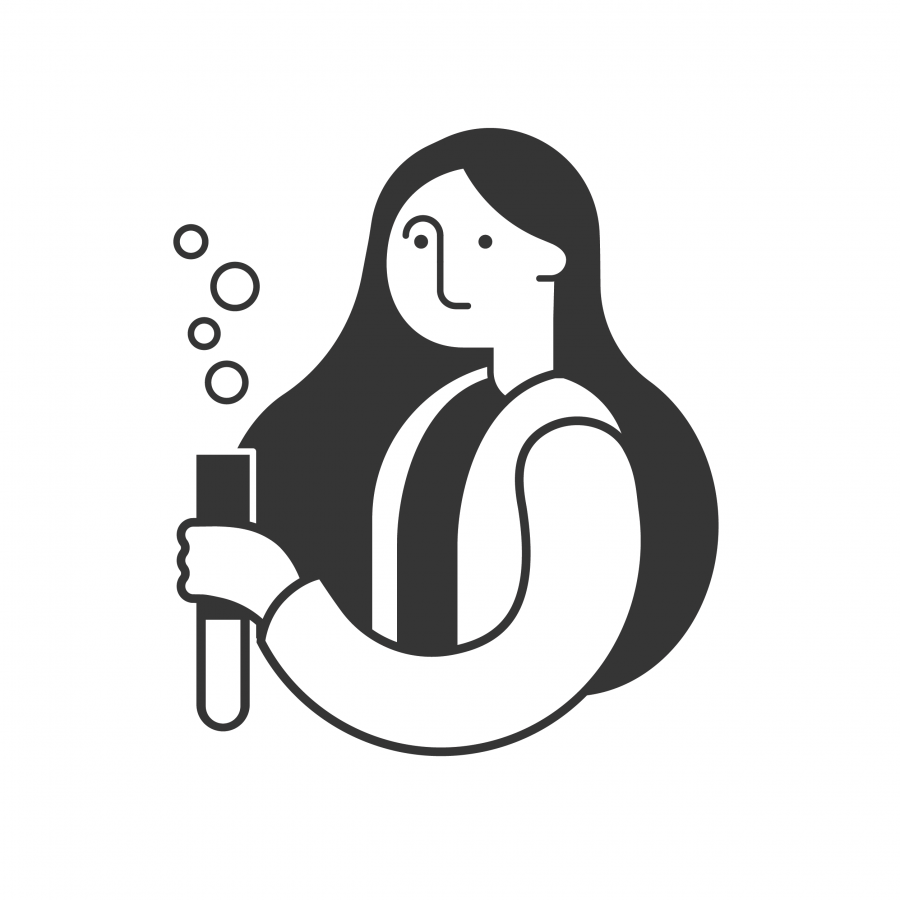 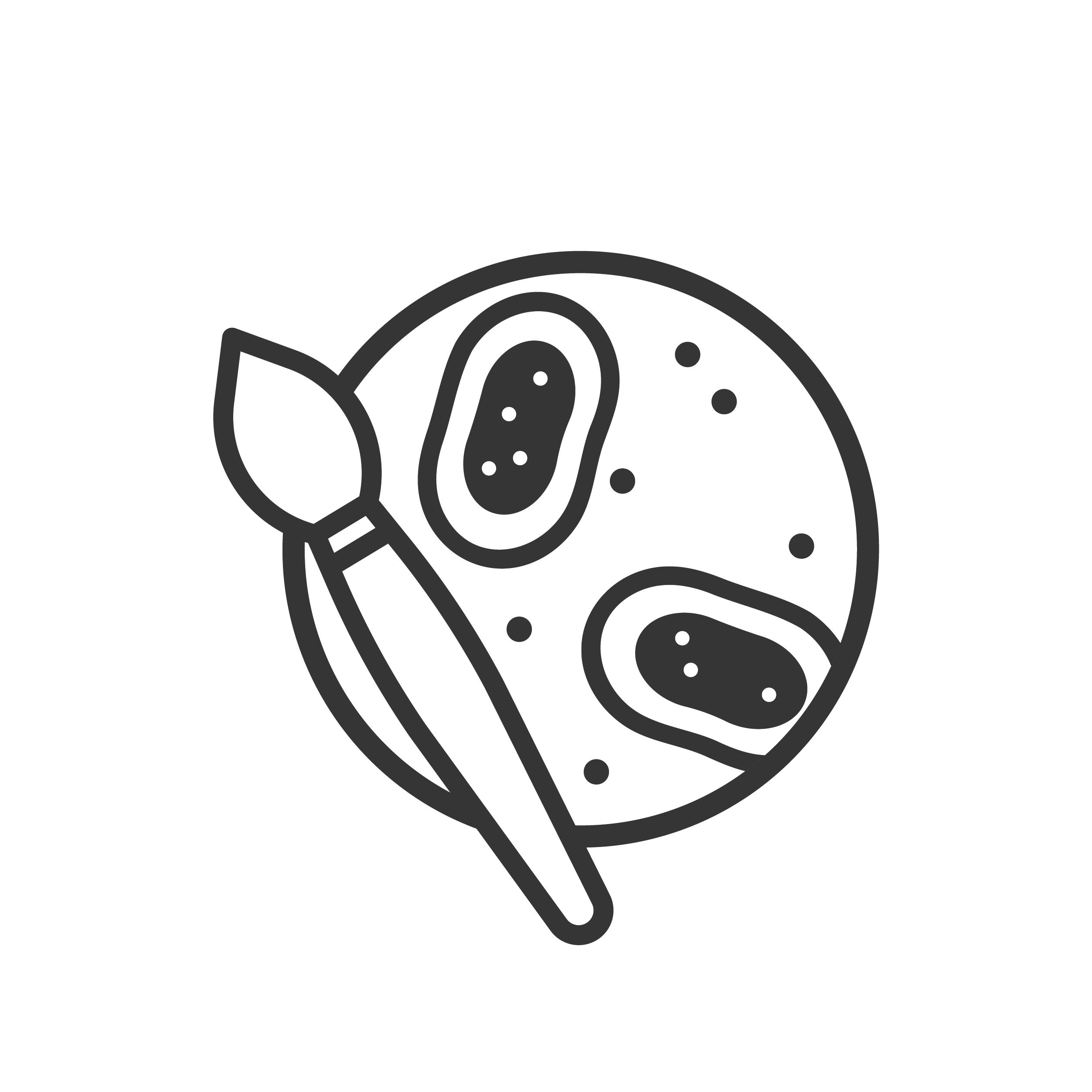 Thus, our main concern was how to fulfill the different stakeholder demands. Following our interdisciplinary spirit, we searched for continuos input from professionals with different backgrounds and non professionals, so we could ensure we were designing a useful synbio device.

This year we have decided to divide Integrated human in three parts: 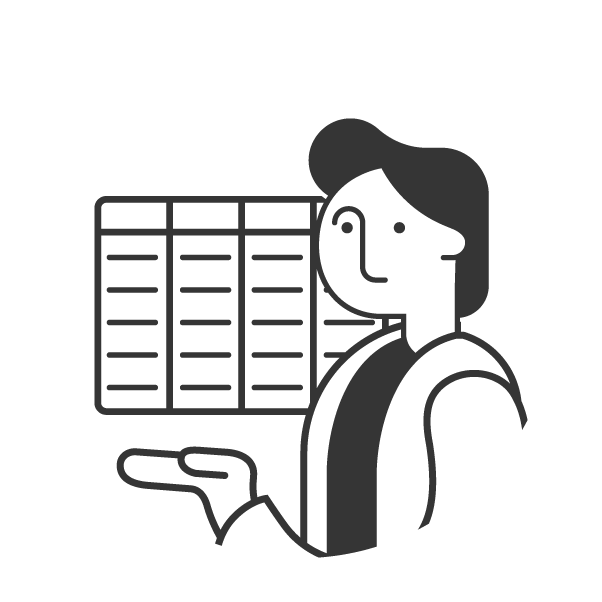 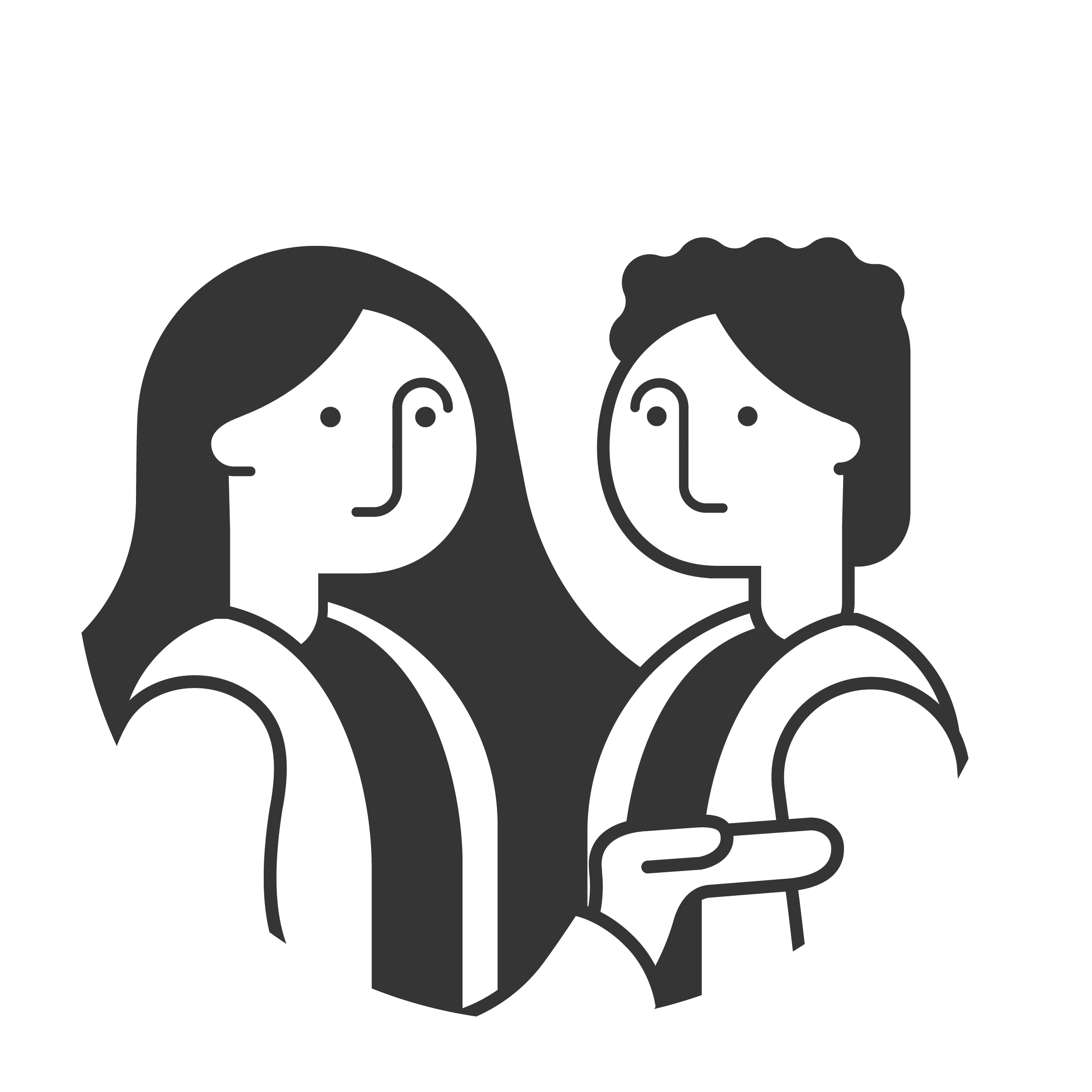 Expert dialoge How experts point of view changed the way we did Printeria. 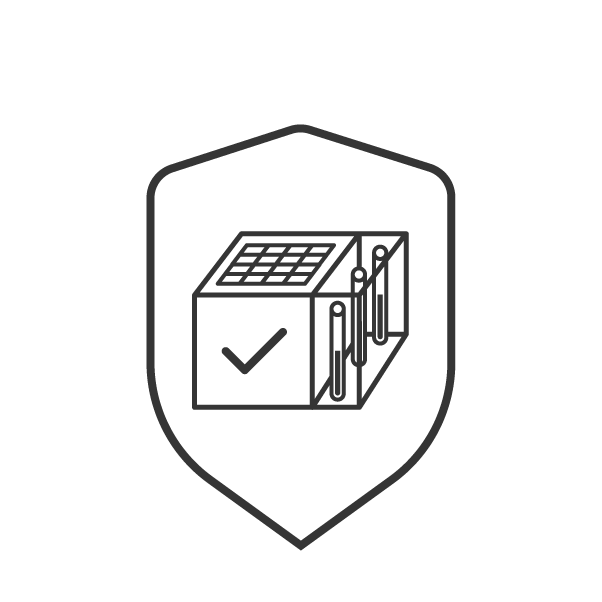 Kano model is a methodology, which supports the development of products taking into account the needs of the customer. It helps you to understand the importance of functions or features to a customer[1]. We have used it to improve Printeria and we want it to be a guide for future iGEM teams, thats why we are going to present our work as an example of using it.

Kano model is made up of three stages:

When using the Kano model you can easily combine public engagement with integrated human. Taking advantage of the fact that we went to MAG (Mustang Art Gallery) in Elche (Alicante) to present our project in front of students and teachers, we decided to demand feedback. The most important necessities were included in the questionnaire we described above, and then we sent it to the students and teachers who filled it. The questionnaire and the results are available by clicking in the button "questionnaire".

Once we had the answers (more than 20 to be representative), we filled the different tables which compose Kano model to obtain the results. Here you can download the document with the tables and what is most important, the conclusions we extracted from them:

Last but not least, a table summarizing why Kano model is important and should be implemented in future iGEM projects.

Table 1. Conclusions of Kano model use in Printeria.

A very good way to enrich the project through feedback is to do so by consulting experts in the field of study as has been done previously in iGEM. Their opinion is really relevant because of the reputation that precedes them, and that adds value to the product/project.

That is why we have decided to contact renowned artists and sciencists from the world of bioart and biotecnology to present them our project and seek advice. Next section describes who we have reached out and how their opinions have changed Printeria. 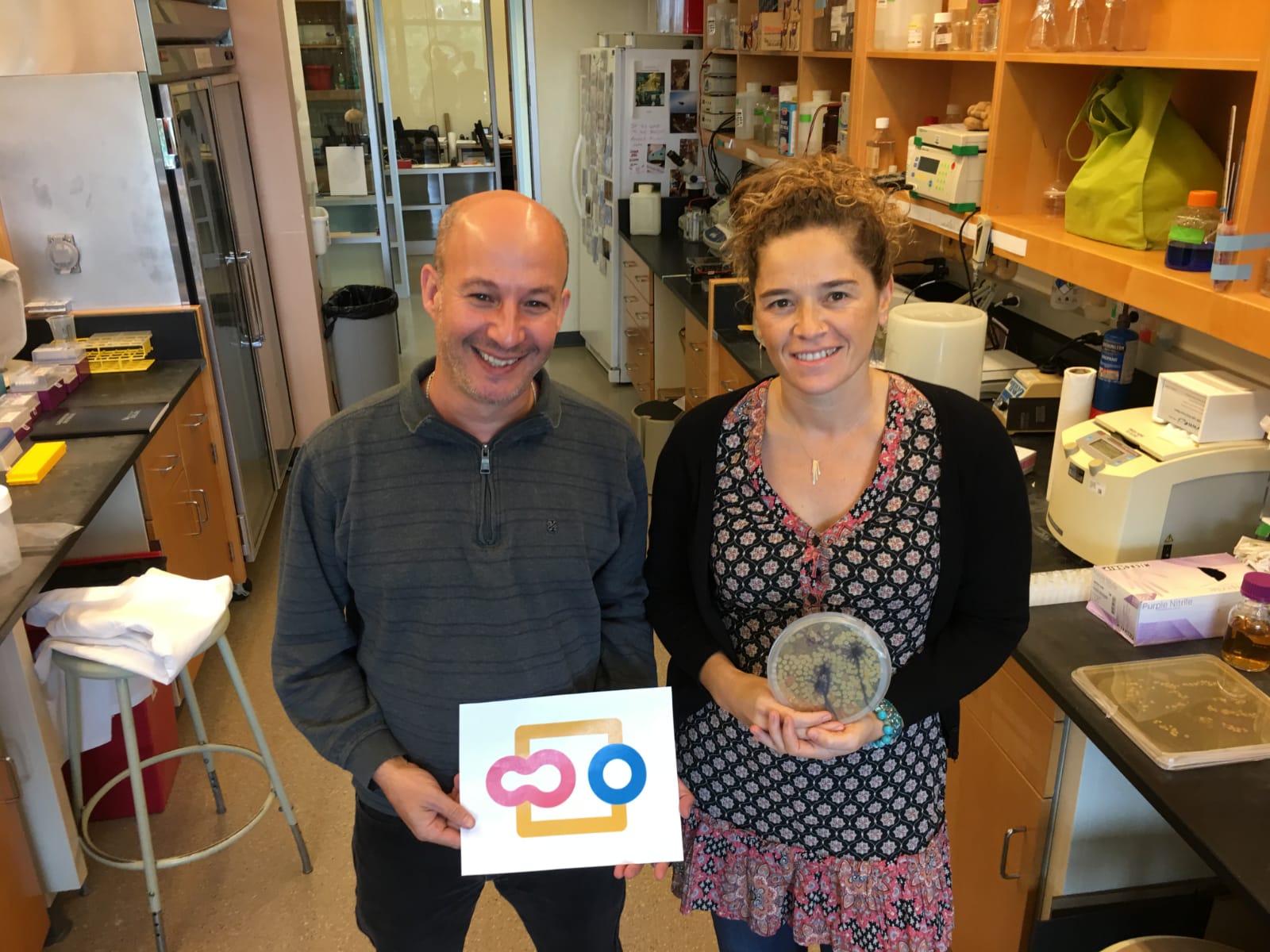 As you can see above María Peñil and Mehmet Berkmen are coworkers in NEB Biolabs Boston. Together, they are dedicated to making bioart with bacteria grown in agar, which fascinated us. They are what printeria represents, art and science connected, so we wanted to contact them and expose our project as well as ask for advice. The results of the interview can be seen in this document: 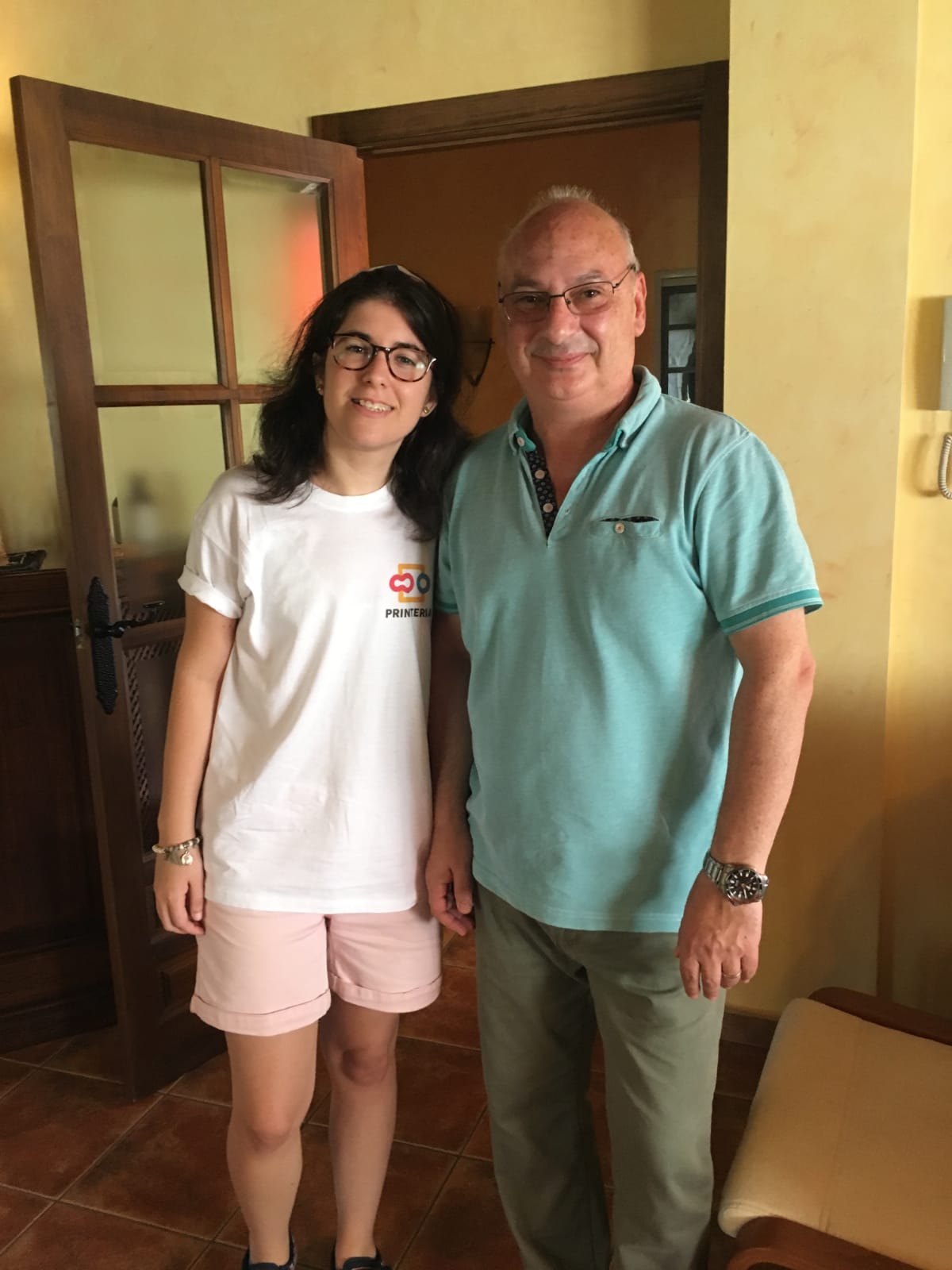 Dr. Francisco Juan Martínez Mojica is a microbiologist, researcher and professor at the University of Alicante. He is the discoverer of the CRISPR/Cas9 systems whose application would later be researched by Emmanuelle Charpentier and Jennifer Doudna among others.

In Spain, he is one of the most reputable researchers and as such, his opinion and advice are worth their price in gold. Mojica accepted our invitation for a personal interview in which we would present the project and ask him for advice. The interview was carried out by Carolina Ropero, member of the Printeria team. In the following button you will be able to read the whole interview: 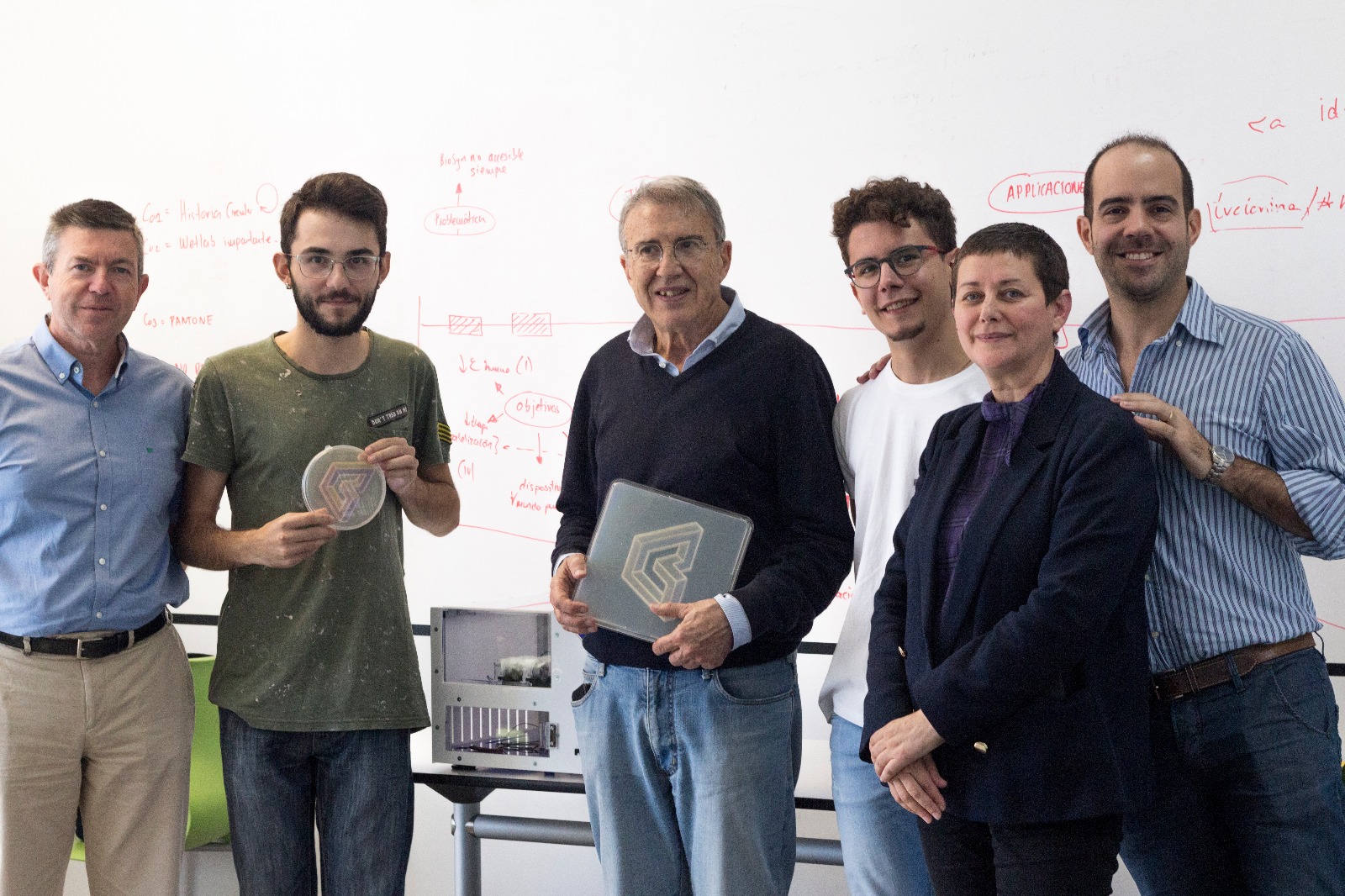 Yturralde has a bachelor's degree and a PhD in fine arts awarded by the Polytechnic University of Valencia (UPV). Furthermore he has been researcher in the MIT among other great things. Between 1968 and 1973 he developed his work "Impossible figures". These figures are really interesting because they show us how our space perception works, they seem coherent at first glance but when you observe them in more detail you see there are inconsistent details. 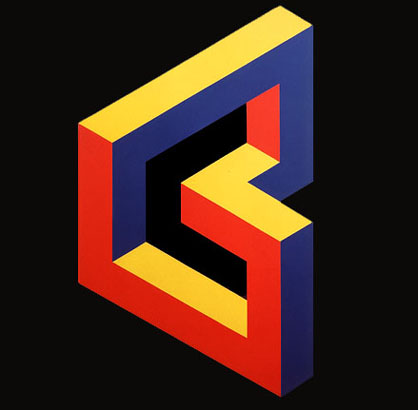 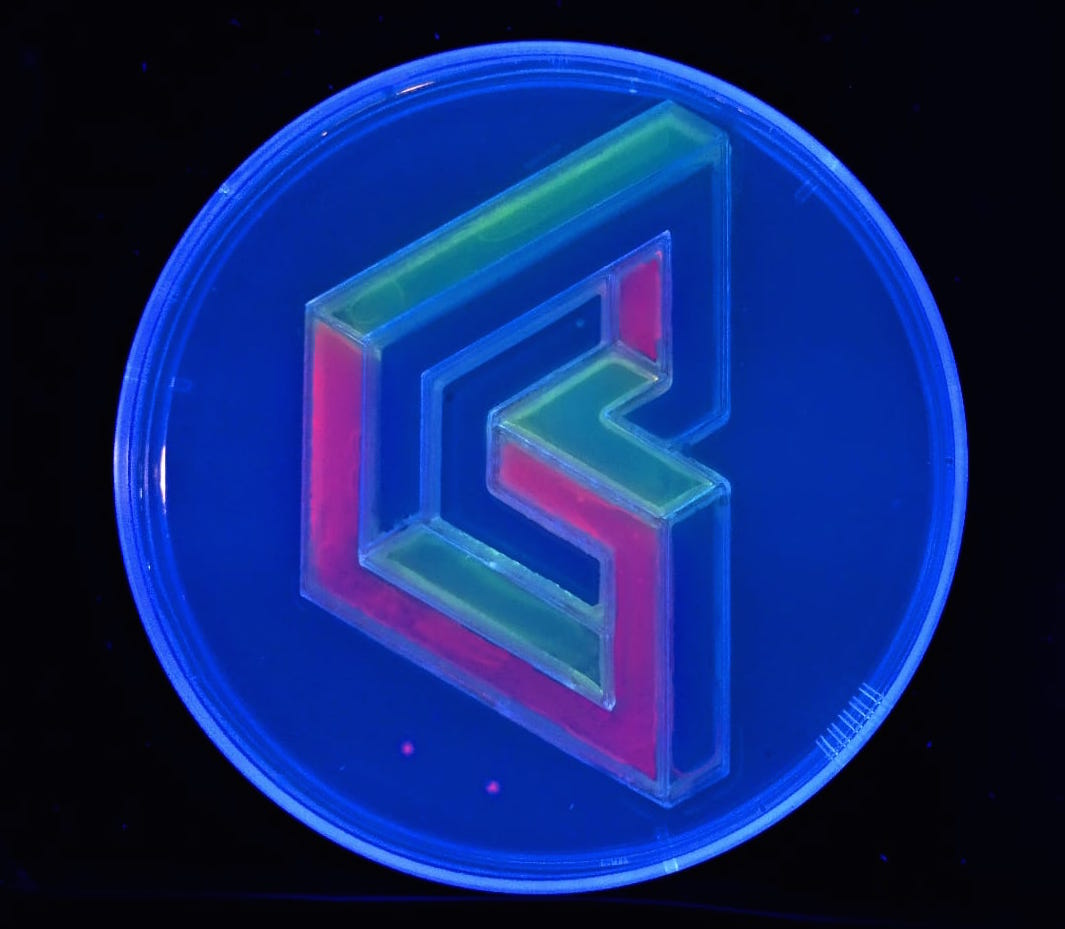 To prove Printeria's power in bioart we decided to do one of those figures which you can see above and an interview to get some expert feedback from him. Here you can see the full interview we did: 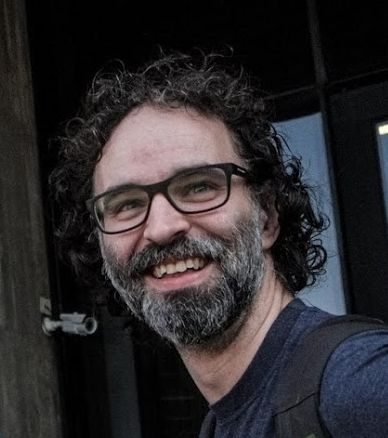 Ryan Fobel is CEO of Sci-Bots located in Toronto (Canada). He has a PhD in medical biophysics.

We e-mailed Ryan to get in contact with a company that actually does Digital Microfluidics. We learned a lot from the variables involved into this technology. Our final design was heavily influenced by our conversation via Skype with him. We even got the chance of using some of the Digital Microfluidics Chips that Sci-Bots uses for their machine. 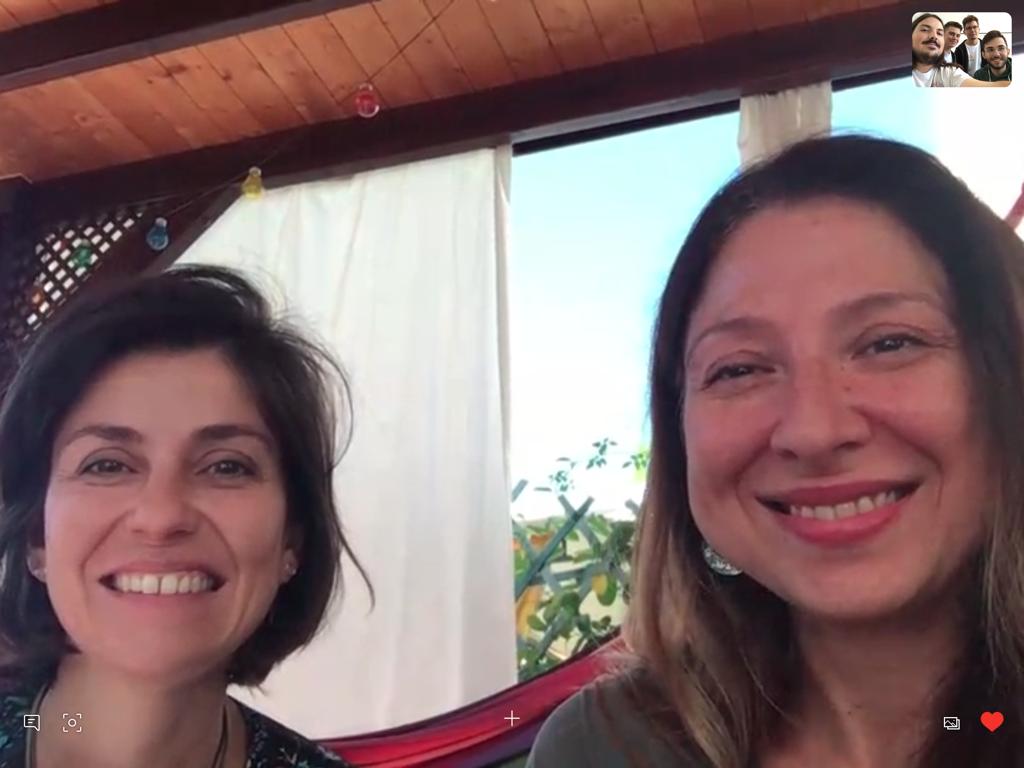 Ana Pastor and Miriam are two Spanish artists from Alicante, who are really interested in combining science and art in their artwork pieces. Ana creates her pieces of art by using her own blood, either lyophilized or even painting with it, while Miriam is working with urban vegetation. So, what will they think about Printeria? Will they find Printeria useful?

Paris-Bettencourt 2012 team was right when they said in their page "How safe is safe enough?": “Biosafety is an exciting design challenge, an essential enabling technology for synthetic biology, and a fundamental ethical obligation of all bioengineers”.

This sentence describes perfectly what we did with Printeria. Printeria was designed to ensure safety for all audiences, to be safe enough for the world. In the next table you can see different safety problems we saw with our instructors help, and how we solved them.

Table 2. Safety problems solved in the design of Printeria.