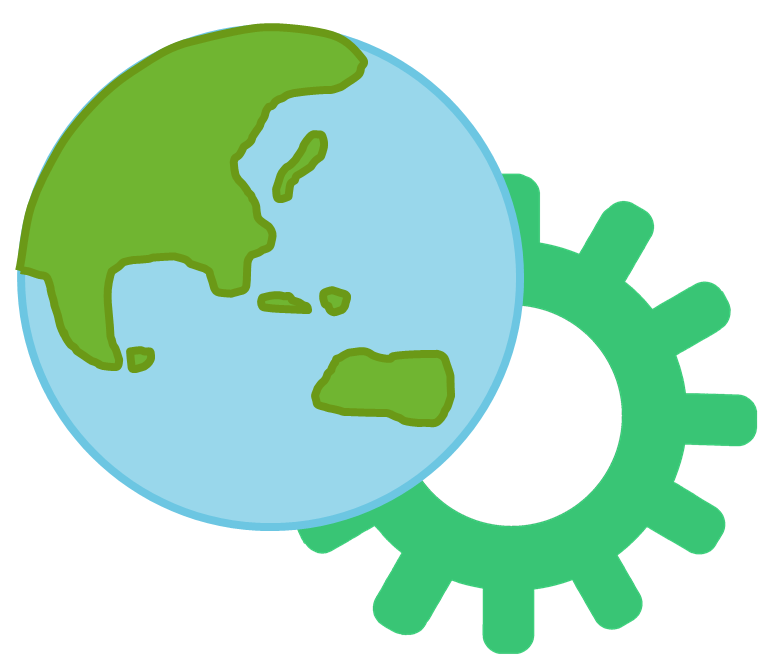 How did we collaborate?

We received three inducible promoter sequences from the University of Düsseldorf iGEM team. We ran each sequence through an online algorithm (see here) to determine the likely -10 and -35 sites in each promoter. This was done in order to accurately compare the Düsseldorf sequences to the promoters in our database. Our tool works by assigning activities to each individual nucleotide at a particular position, so aligning the sequences this way was important). As the sequences we used for our project (obtained from Jensen and Hammer, 1998) were each only 60 nucleotides long, and Düsseldorf’s promoters were longer, we unfortunately could only optimize a small section of each promoter that contained the -35 and -10 sites. We have highlighted the parts of the promoters we were able to optimize in yellow.
We began designing the promoters to increase their relative activity. However, we realised that as Düsseldorf were using inducible promoters, they likely wanted to keep readthrough expression levels low. Therefore, we also determined the most optimal sequences for keeping readthrough expression levels low, with the results shown below.
The sequences that have been optimized for increased activity are highlighted in green and the ones that have been optimized for decreased activity are highlighted in red.
The estimated activity change for each new sequence can be found just below the sequence itself, labelled as either "relative increase" or "relative decrease". 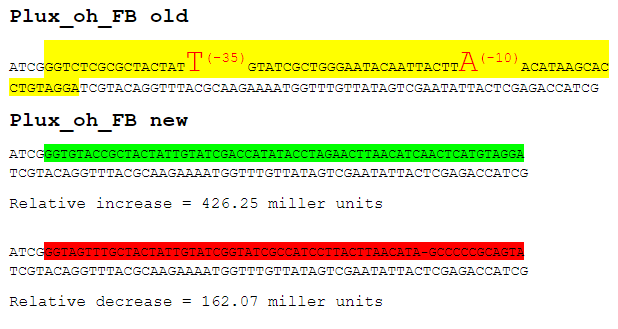 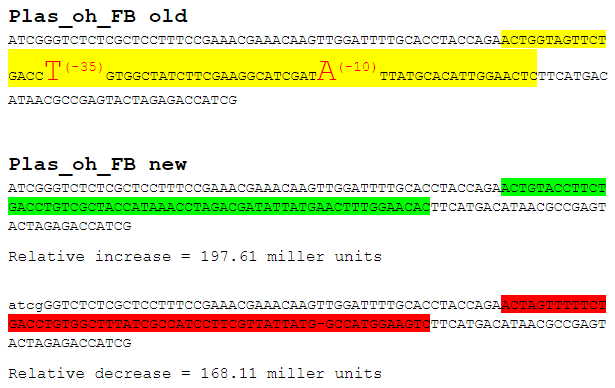 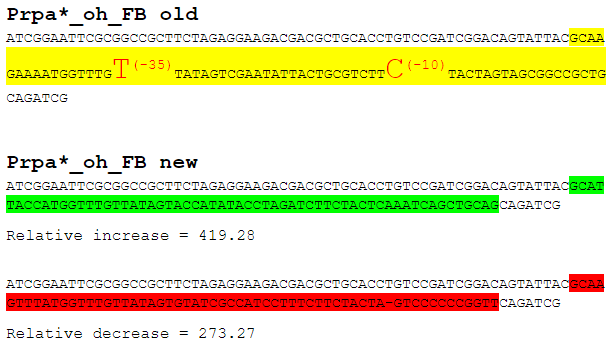 We hope that these promoters will be useful for iGEM Duesseldorf or for other teams working on a similar project in the future. 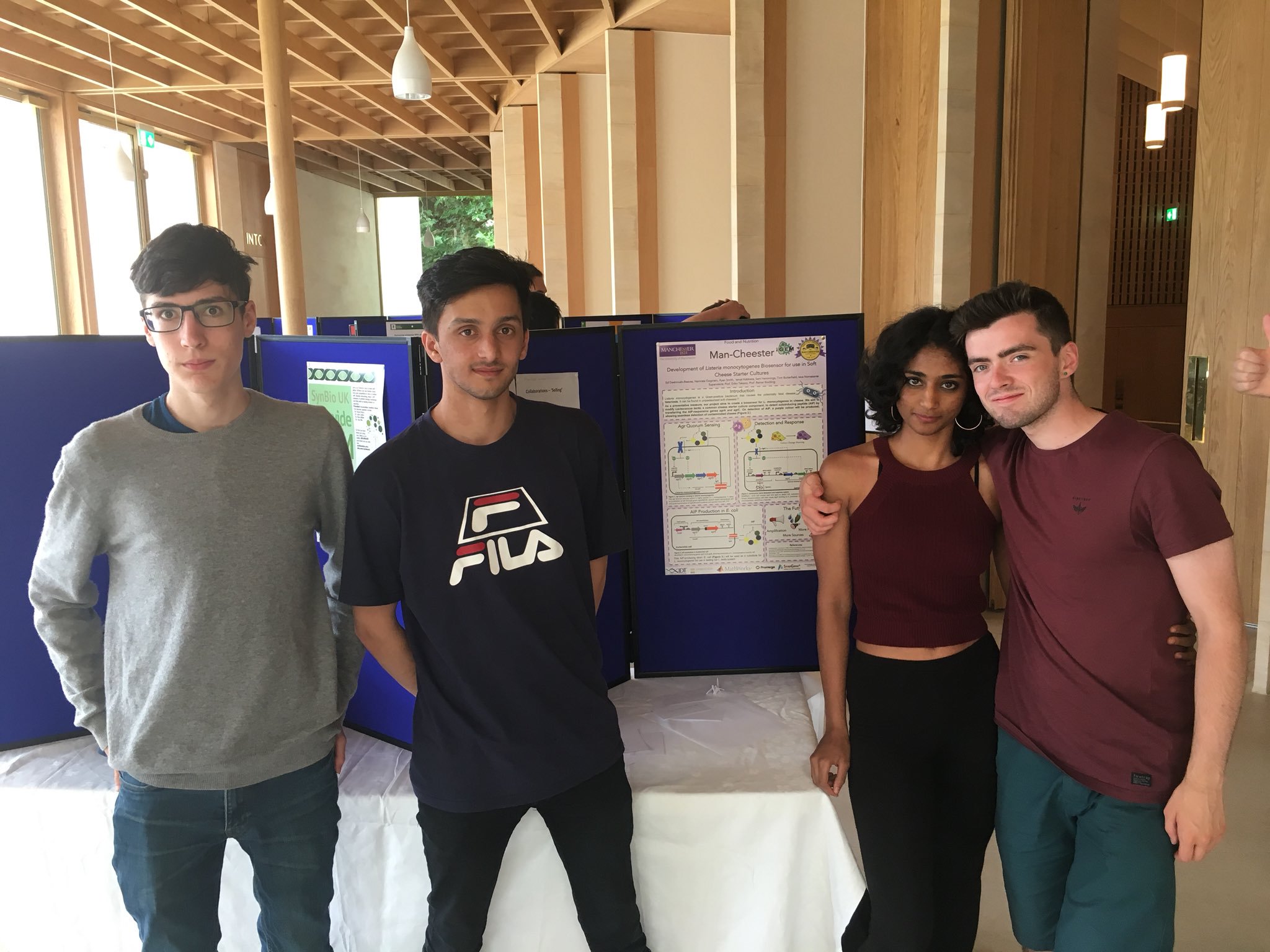 We (Tom, Ed, Ryan and Nam) attended the UK iGEM meetup in July in Oxford and presented a poster about our project plans.

Thank you to SynBio.UK and SynBio.Oxford for hosting all the UK teams and giving us the opportunity to discuss projects with the other UK teams!

We also helped some teams fill out some surveys for their human practices, linked below: