The selective filter is the central structure of the ion channel,which is also the narrowest part of the channel. Its amino acid sequence is TVGYG from77-79[1], which is the same in all potassium channels. The carbonyl oxygen atoms on the amino acid sequence point inward toward the ion channel and form four ion-binding sites on the potential energy.

After simulation,reading dissertation[2][3] and with the help of AEMD(Automation Enzyme Muatation Design) 链接From NPU , we decide to mutate Gly77 to D-Ala77. 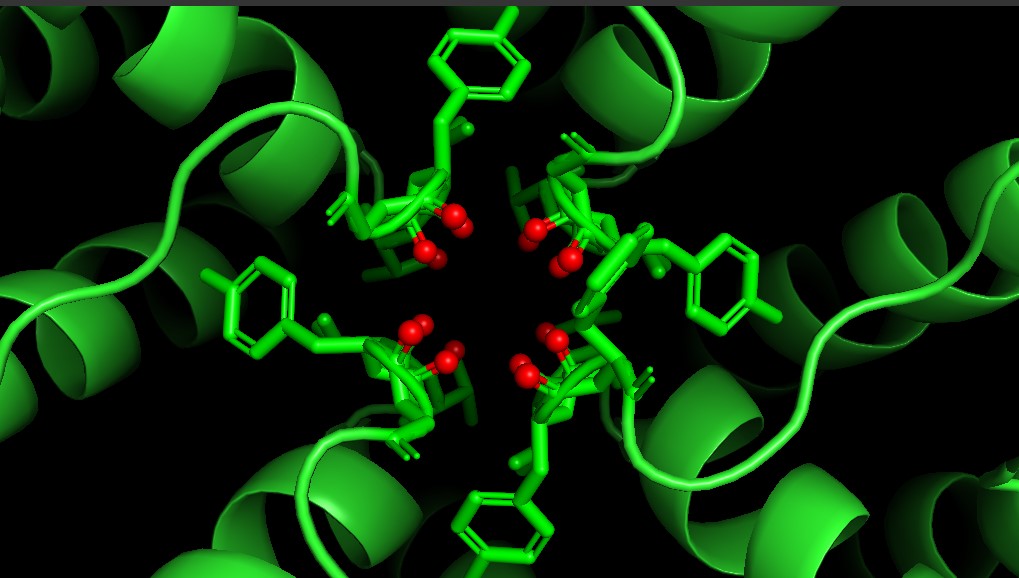 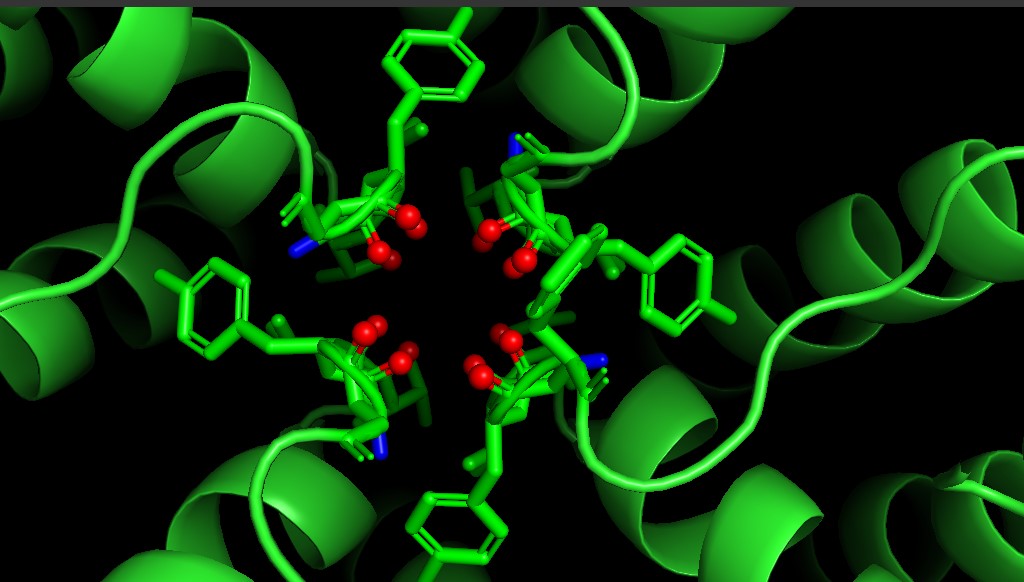 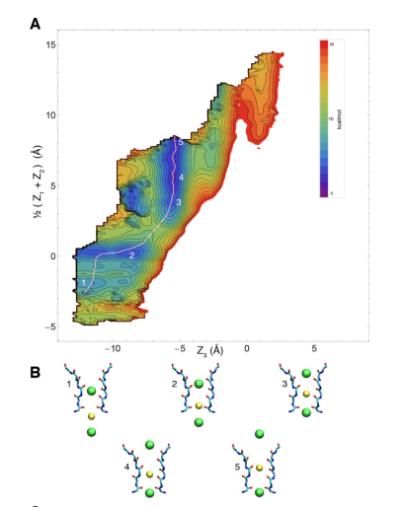 We don't make a great change on the filter or the narrow may fatally expand that loses the ability of specific selective. The side chain of Gly is -H(or it doesn't have side chain) ,the most similar group is -CH3 ,So we try mutating to Ala77 first. But the simulation told us that the methyl of Ala77 in each subunit would point to the centre of the narrow, which totally blocks the channel. 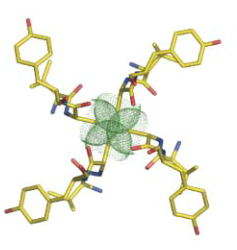 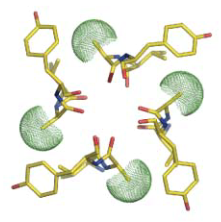 And alternative try is mutating to D-Ala,which is the same as Ala but chirality.The simulation is very successful and shows that the addition 4 methyls affect the structure of selective filter to have a 0.16A average displacement on the filter atoms.A profound change it brought is that the channel will keep open. 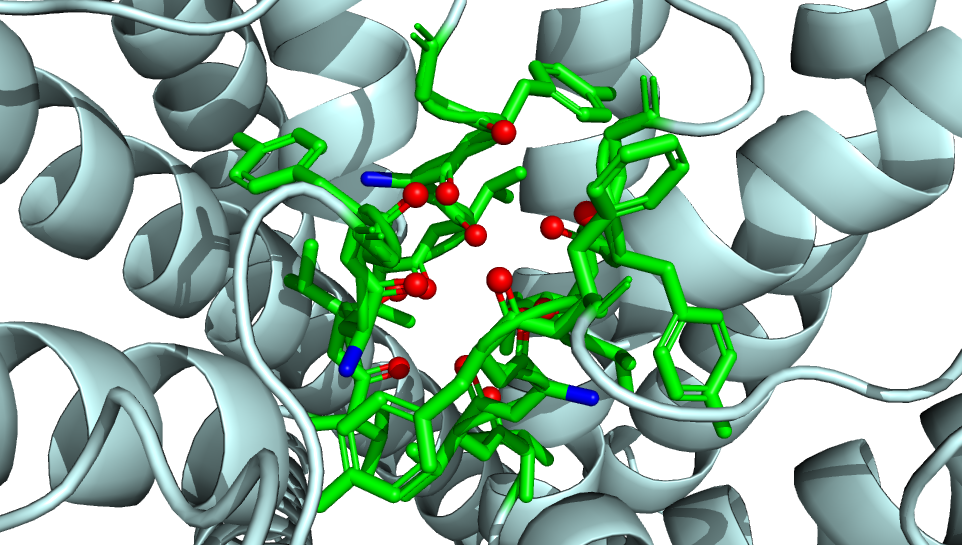 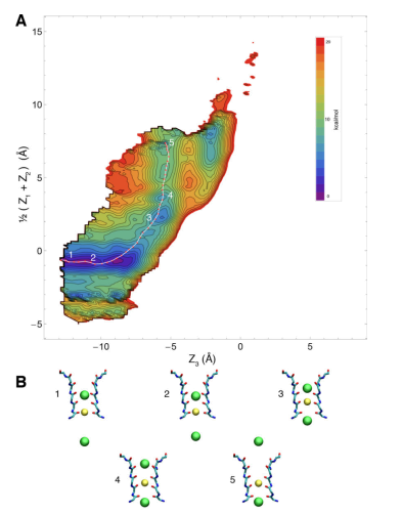