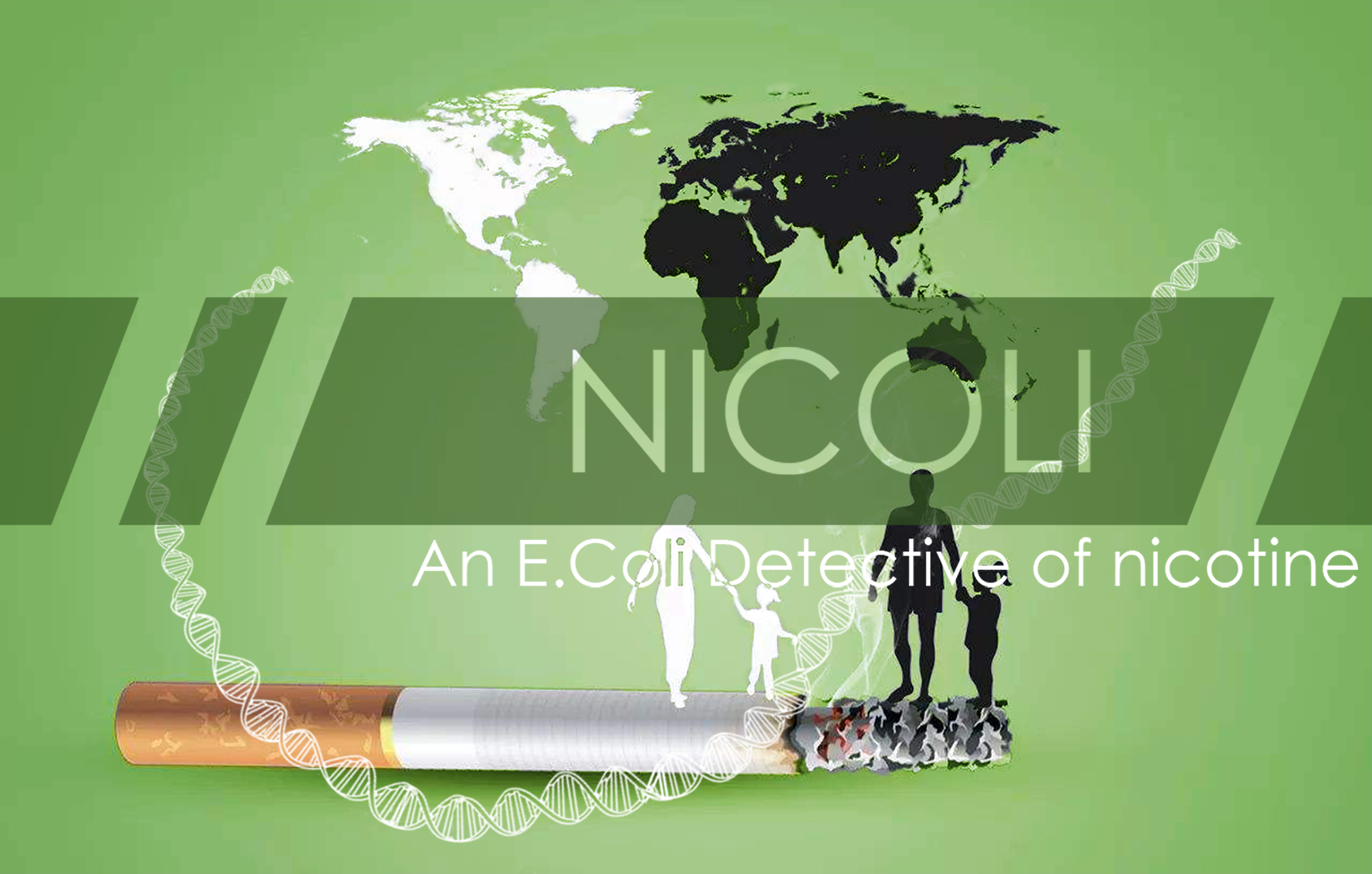 There is a great number of smokers in China. Although relative regulations have been issued, the number still keeps increasing. Smoking not only ruins the health of the smokers, but also does harm to the the people around by releasing toxic materials like nicotine, which is a big threat to human beings. Therefore, we are supposed to design an easy-to-use, low-cost biological detection tool for the public to measure the nicotine content and thus reduce the damage caused by it.

With the knowledge of synthetic biology, we have constructed multiple plasmids that can specifically respond to the presence of nicotine, including: first-version plasmids: NicA2 promoter of nicotine-induced expression + reporting component GFP. To make the expression of GFP clearer, second-version plasmids were constructed(The target of constructing the second version is to enhance the expression level of GFP): NicA2 promoter + T7 RNA polymerase gene + T7 promoter + GFP. It has been confirmed that two versions of components can be expressed specifically.

Based on this kind of technical support, we designed a prototype bio-detector which can be used to detect the nicotine dissolved in water, and we plan to put it into practice by using an alarm device to monitor excessive nicotine. Hopefully, the alarm device could be used in public smoking rooms. 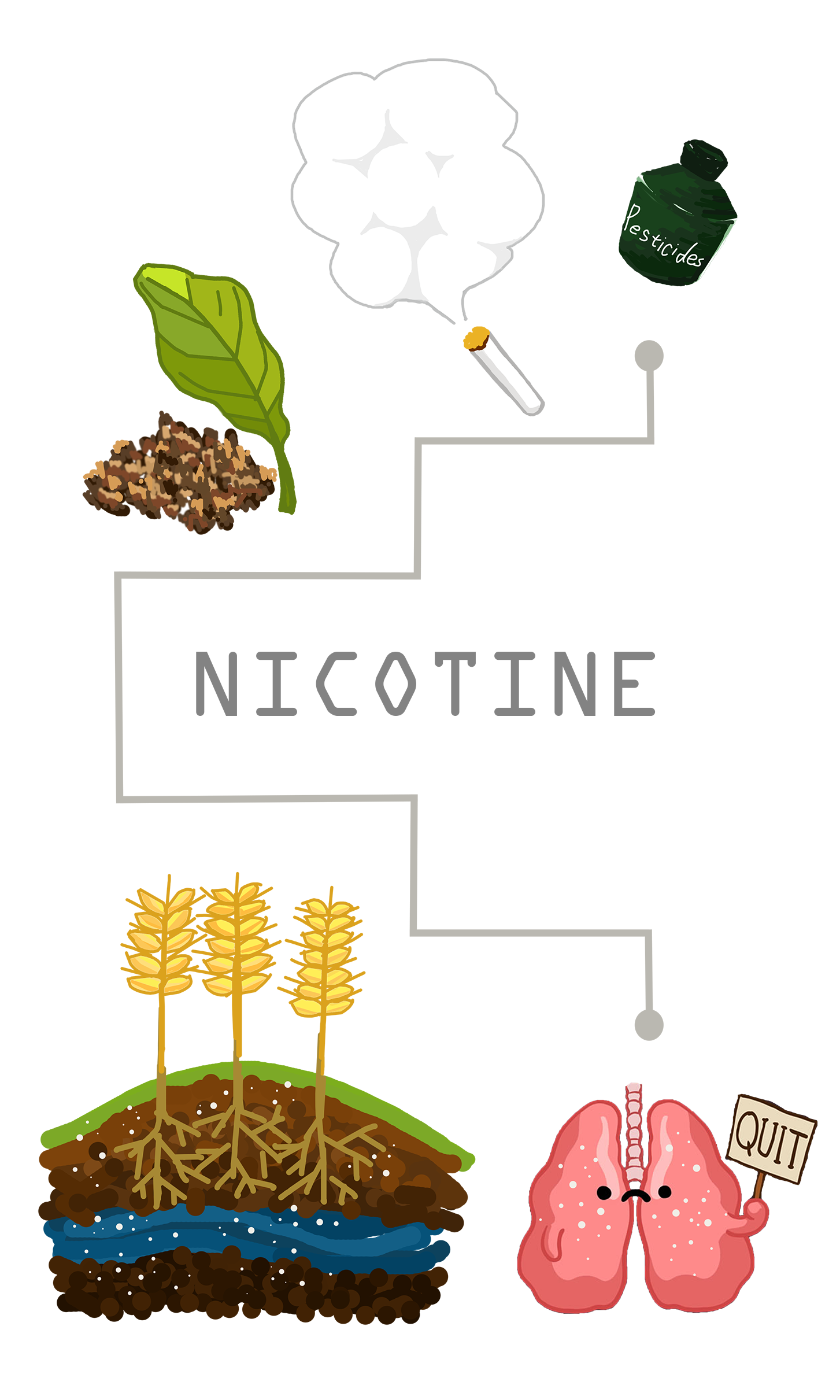 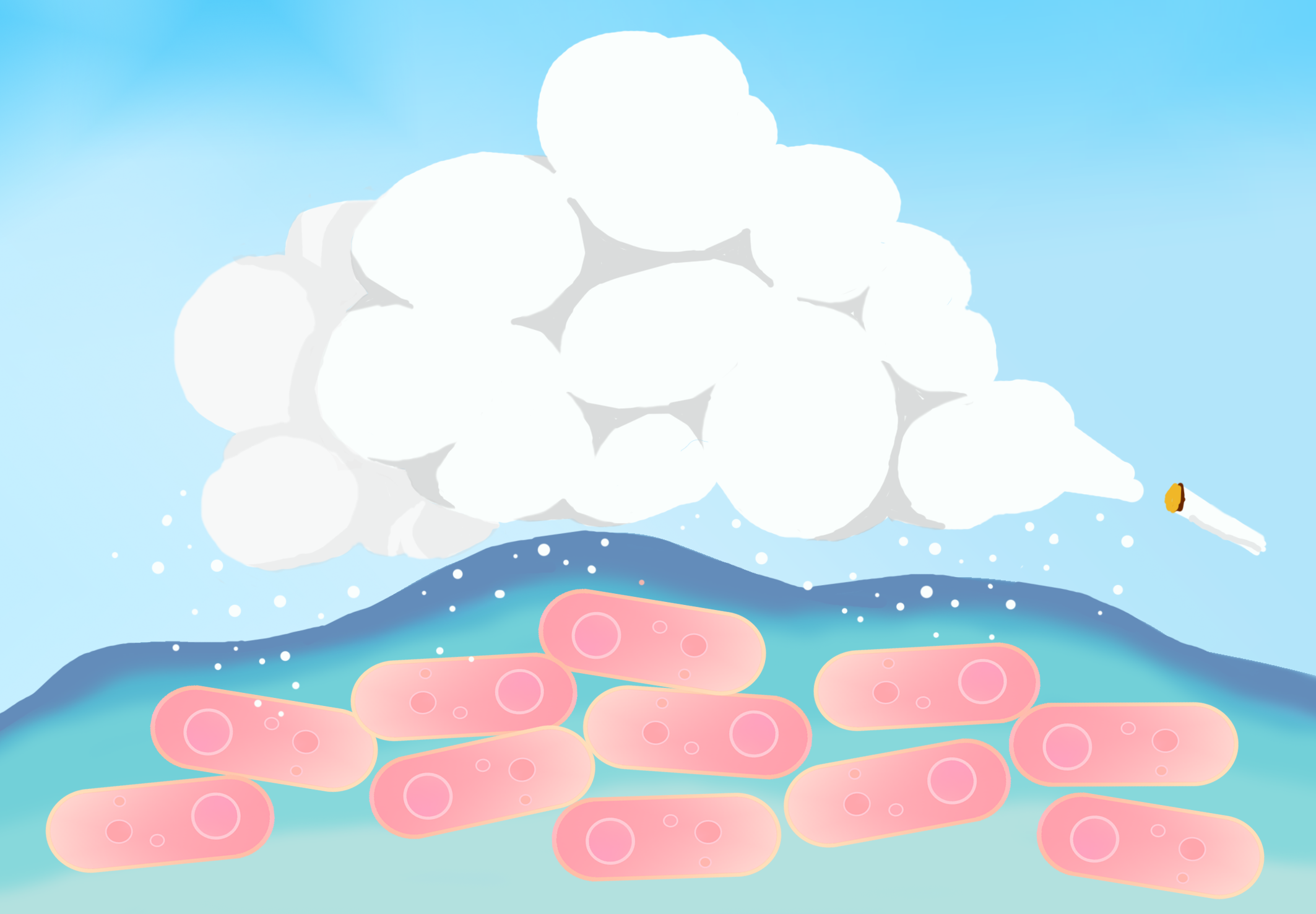