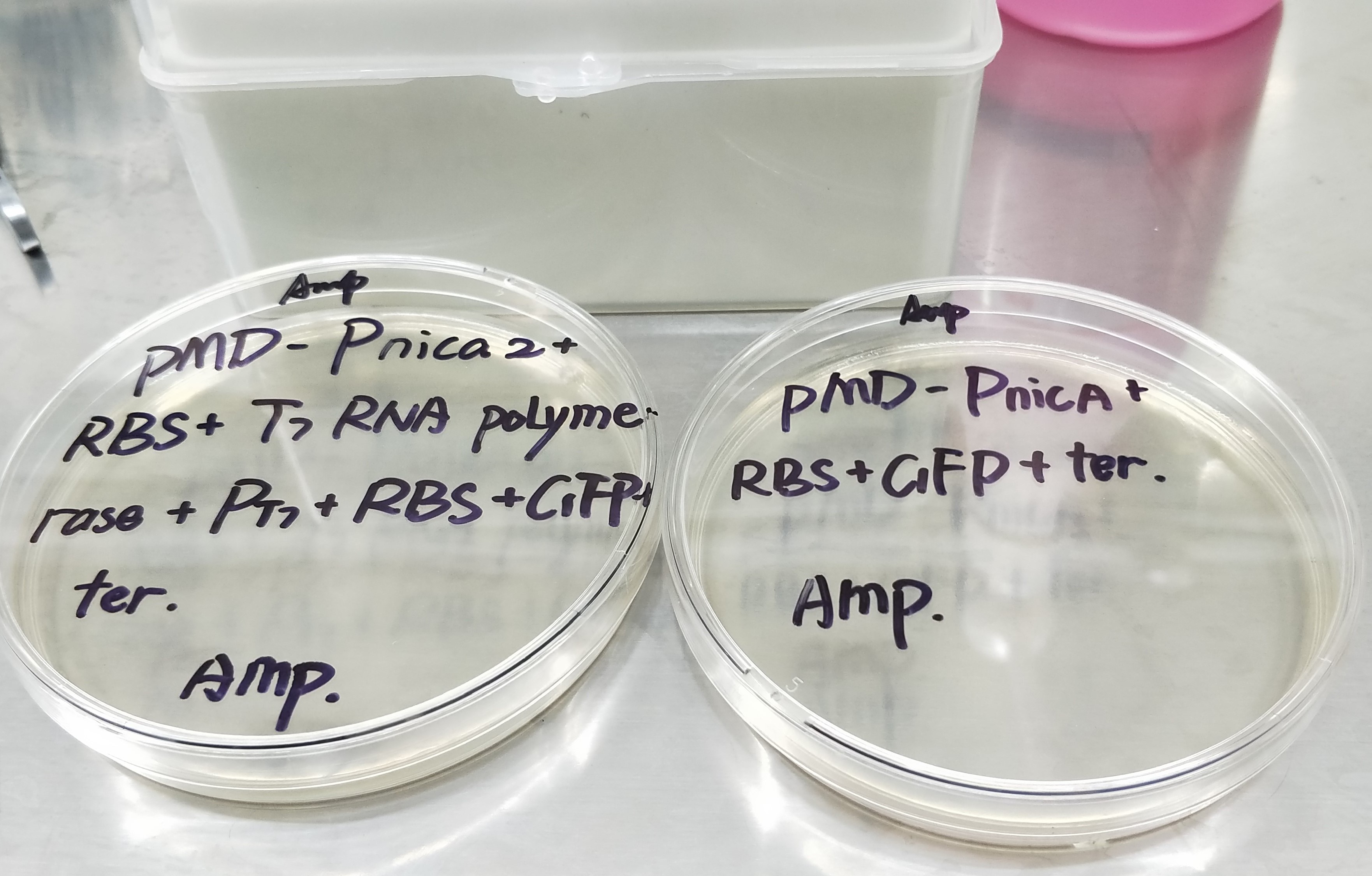 Worldshaper-XSHS team has participated in the Fifth International InterLab Measurement Study, Plate Reader and Colony Forming Unit (CFU), from June to August 2018, and uploaded the results twice, in July and August respectively. We followed the official CFU protocol, took the measurement together with another two high school teams: the ASTWS-China team and the HFLS-ZhejiangUnited team.

We feel greatly honored to be able to participate in the Interlab study. As a group of high school students, we have learnt a lot from feeling difficult in even reading the protocol at the beginning to finally being able to complete the whole experiment. However, the process really has been extremely difficult.

It took us two months from registering to join in the study on June 20 to eventually being recognized, which is a much longer time than that of many other teams. Joining in the iGEM competition was our first opportunity to come face to face with professional biological knowledge, upon which we realized that we lacked in both technical knowledge and experimental skills. In order to do a better job, we started preparing for Interlab early. We urged our group members to study the protocol carefully and thoroughly, confirm the materials and equipment for the experiment and practice the various experimental skills in advance. In this process, we encountered a lot of difficulties, all of which were solved, fortunately. For example, during the study of the protocol, we didn’t know how to prepare the serial dilution of Microspheres in a more evenly way, what the differences between OD600 and Abs600 are as well as how to dilute the bacterial solutions to a specific OD value. Fortunately, our laboratory is located in the College of Life Science of Zhejiang University, which gives us the convenience in consulting with the graduate students Qiu Yue and Lei Zhaoying. Under their explanation and guidance, we got a grasp of the specific steps. Another example is in terms of experimental conditions. We did not have plate readers in our lab. Luckily, we eventually borrowed one from other labs in the College of Life Science with the help of our mentor. Yet, the greatest difficulty comes from the actual operations in the experiment. In high school study, we never had the opportunity to see such complex instruments and equipment, let alone to use them. But thanks to the guidance of Dr. Huang Fangliang and the partnership with ASTWS-China and HFLS-ZhejiangUnited, we worked together by learning from each other and helping each other and thus the experiment was finally successfully started.

We started our first experiment on July 15. But due to the fact that it was our fisrt experience, we spent a total of 6 days from the beginning plasmid transfection to the completion of colony counting. While we were praying in our mind nervously to pass the review after submitting the results online, we received the following reply from Mrs. Traci Haddock-Angelli on July 30: Your submission is not yet acceptable for fulfillment of the bronze medal requirement. In the reply, she kindly pointed out the reason, which was that the values of our fluorescence and OD measurements for cell samples were not within the values of the standard curves for fluorescence and OD. The organizing committee hoped that we could repeat the standard curves, the cell measurements, or both. So, we reflected on the entire experimental process, the only thing we could think of was that we waited for more than one hour before the measurement of fluorescence intensity, resulting in probable partial bacterial proliferation that elevated the expression of fluorescent proteins. We had to wait because at that time the plate reader was not preheated and there were a lot of people waiting to use the device. So, we decided to strictly control the time during the next experiment and to never make mistakes again on this same issue. We are especially thankful to the help of ASTWS-China and HFLS-ZhejiangUnited for their help and advice during the summary of our first experiment, and for the bacteria strain they provided for our second measurement.

We started our second experiment on August 15. Upon finishing the experiment, after we checked the data in the table carefully and confirmed that all of our fluorescence and OD measurements for cell samples were within the values of the standard curves for fluorescence and OD, we submitted the results to the organizing committee. Unfortunately, on August 20, we received a message from Mr. Vinoo Selvarajah, which put us in a mixed state of feeling. On the one hand, our results were still not ideal. He said “your new data also have an issue: some of your devices have lower raw fluorescence readings at the hour 6 than at hour 0, even though they grew. Additionally, while within the range, some cells show similar fluorescence to the highest concentration of Fluorescein tested.” On the other hand, our efforts were recognized. He said “however, given the time remaining, your current works and effort on the InterLab would be sufficient for the medal criteria (Bronze criteria #4)”! We also did a reflection on our own experimental results this time and figured out several possibilities: 1) The impurities in the bacterial solution has resulted in the low fluorescence values; 2) The bacterial load during inoculating was too small, resulting in insufficient concentration of bacteria; 3) Possible operational errors due to unskilled experimental techniques, etc. Unfortunately, time is limited on our hands now because our summer vacation is about to end and we have a lot of other experiments that are yet to be done. So, we have to put these possibilities on hold so that we can rule out one by one when we have the time in the future.

With these ups and downs, we have gained a deeper understanding of Interlab and iGEM, as well as the sentence "measurement is fundamental toeverything we do". After all, every iGEMer is a seeker of the ultimate and only in this pursuit of the ultimate spirit can we make the iGEM more and more amazing!

As the second team participating in the IGEM competition of Xiaoshan High School, we continued to develop the current team, WorldshaperXSHS, rather than recreate it. 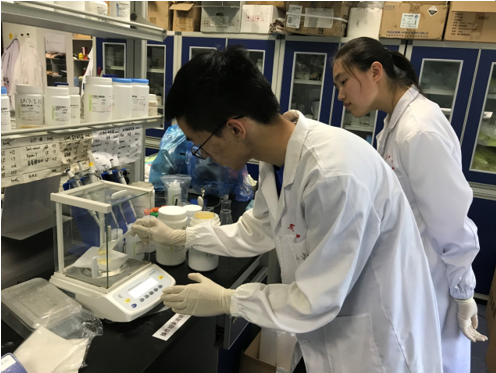 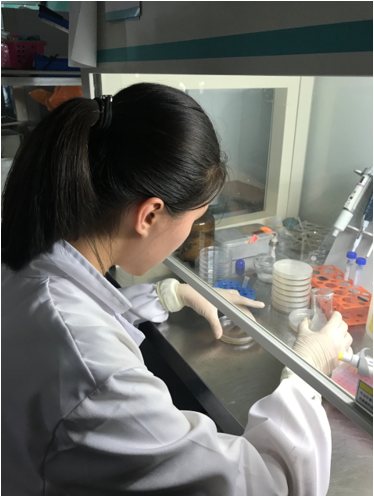 Figure 1: A team member is weighing substances for experiment.