Our motivation is to solve large area soil contamination using plant-endophyte synergism. We combine phytoremediation and our engineered endophyte together to clean dioxin in soil. Two of our genes are derived from the transcriptomic data of Burkholderia cenocepacia 869T2 under dioxin-containing condition.

TonB-dependent receptors are membrane bound proteins of Gram-negative bacteria that can actively transport the ferric ion carrier, siderophore, which is similar in structure with dioxin[3].

Researches have shown that, some macromolecule such as carbonhydrate, heme or vitamin B12 can permeate TonB-dependent receptor[1,6].

Our TonB protein is derived from transcriptomic data under dioxin-stressed condition of Burkholderia cenocepacia 869T2. It is up-regulated during early growth period (pre-log phase)[2,13]. It can be also found in famous dioxin degradable bacteria, Sphingomonas wittichii RW1[9].

The docking results have shown that the protein structure can allow the passage of TCDD and some other dioxin compound. 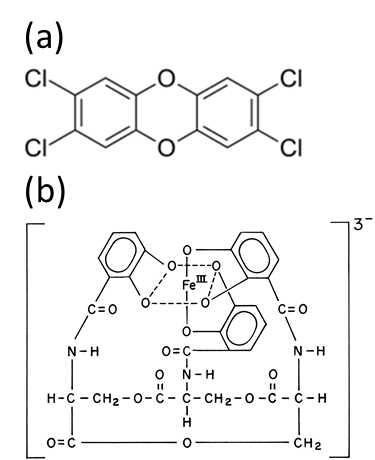 Figure 1. Dioxin Structure (a) and Prototypical catechol-type siderophore (b). Modified from[10]

Haloacid dehalogenases (HAD) are a family of bacterial enzymes. Generally, most of HAD superfamily members catalyze the dephosphorylation of various compounds, but the catalyzation of carbon group transfer is unique[15]. 2-haloacid dehalogenase, which we used in our project, is a representative of haloacid dehalogenase (HAD) superfamily, that can catalyze the cleavage of carbon-halogen bonds of halogenated compounds, which are produced worldwide in a large amount of served human usages as solvents, synthetic precursors, agrochemicals, etc[16]. The catalyzation by 2-HAD needs without a metal ion cofactor while other HAD enzymes need, and that a water nucleophile attacks the Asp C=O in the hydrolysis partial reaction[15].

Figure 2. HAD Mechanism. Modified from[17]

Since numerous haloacid dehalogenases isolated from various bacteria species, the potential of bacteria using HAD to do bioremediation and utilize these compounds as its carbon source increases.

The laccase we adopt in this system is from a symbiotic fungus of termite ( Odontotermes formosanus), Termitomyces T984, which was isolated from fecal material and responsible for lignin degradation where laccase plays a crucial role.

The laccase are a kind of peroxidase that has great oxidation ability and has potential to degrade organic compound such as diesel, pesticide, antibiotics, PCBs, dioxins etc. In former research, the laccase we use has shown

which can attack the ring structure on the dioxin and turn it into some products that can enter lower metabolic pathway of bacteria. (Mathew2013, Jiang2016, Zhang2012)

We use constitutive Anderson promoter J23100 and strong RBS B0034 to express our genes as a polygene (polycistronic) circuit. Since the total length of our genes is short enough (less than 5000) we can express it right away.

To express our genes in endophyte, we found some broad host range shuttle vector and get it from addgene. 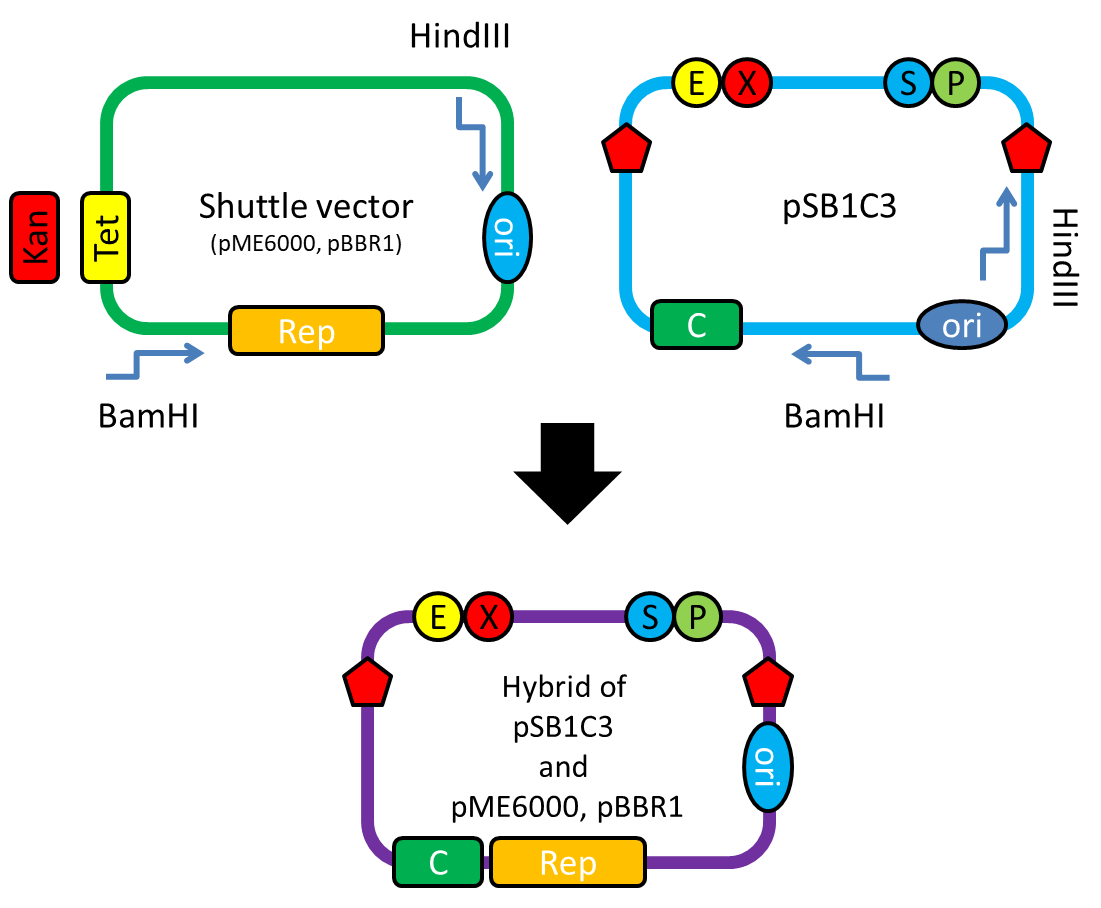 pME6010 is a small, stable, high copy number (n = 5.9 ± 1.8) shuttle vector based on the minimal pVS1 replicon for use in gram-negative especially plant-associated bacteria with tetracycline resistance. The vector we used was originally from Dr. Herman Spaink’s Lab, Leiden University. We bought it from addgene as the name, pMP4657, which contains pLacZ-EGFP[4,12].

pBBR1 is relatively smaller in size (<5.3kb), and they possess an extended multiple cloning site (MCS). They have the LacZα peptide that allow direct selection of recombinant plasmid in Escherichia coli. Moreover, pBBR1 provide four different antibiotics including kanamycin, ampicillin, tetracycline, gentamycin. This let pBBR1 broaden it usage. The plasmids have been tested and found to replicate in Pseudomonas fluorescens. According Burkholderia genus and Pseudomonas fluorescens are close, pBBR1 can express in Burkholderia genus[7].

We use 3A method to construct the gene circuit. For the functional test, we use pET24a and pET21b expression vector to test growth curve with and without dioxin and purify proteins. Not only doing HAD activity test, the purified protein was tested by MTT assay for testing the toxicology-cell viability. We use Vetiver and Arabidopsis to analyze TCDD concentration in plants.