It is fairly difficult for one team to tackle their problems along. This year, we made excellent collaborations with three iGEM teams from China: SCAU, SZU and XMU. We also attended several conferences including the south China meeting in Shenzhen, CCiC in Shanghai and Asia-Pacific iGEM Conference in Taiwan. We are grateful to have their opinions so that we made changes and did better 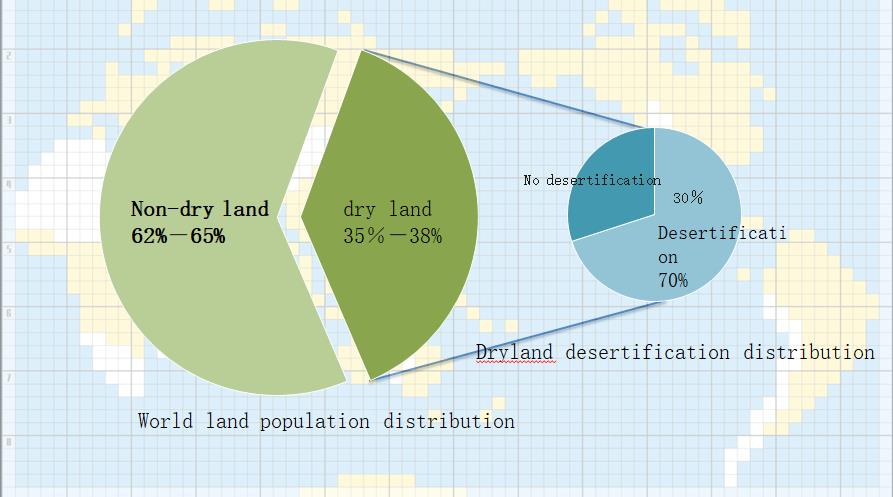 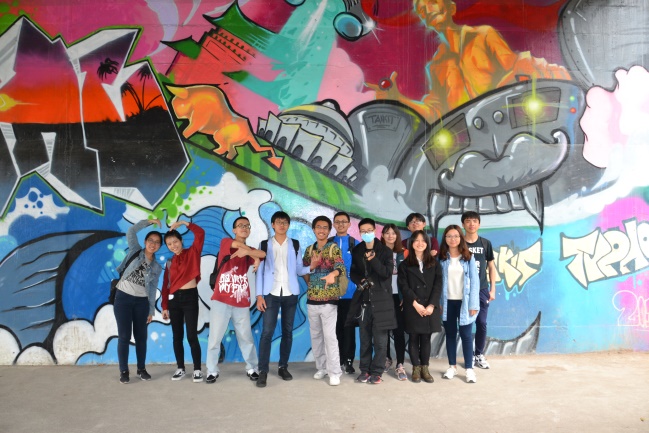 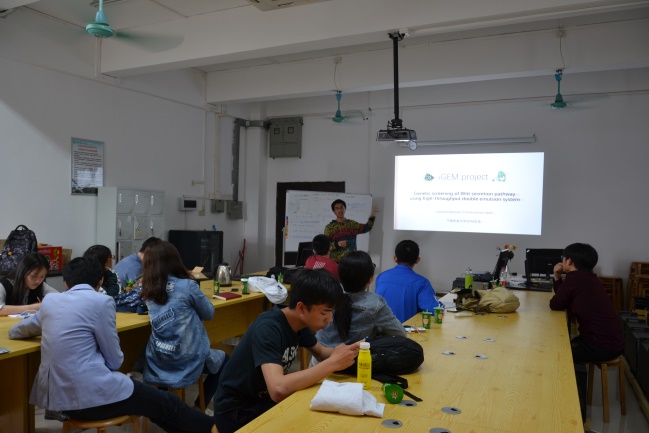 Early in March, we visited team SCAU in Guangzhou and had a thorough discussion about both of our projects. During the discussion, we gave suggestions about the potential questions for their insertions of plasmids and what they may improve in order to accomplish that step.

However, our group benefited a lot from the way they carried out their Integrated Human Practices activity. What they did was that they used a rasterized world map with all lands in color yellow. On the school open day, they simply asked the crowds to paste trees and achieved great impacts. Back in March, our group was still frustrating about what to do with the integrated part, and this collaboration served as a helper. We were enlightened by its simplicity and significance, which gave rise to the first tryout of our later CCC project in Shenzhen.

Please click here to view the collaboration page of SCAU_China! 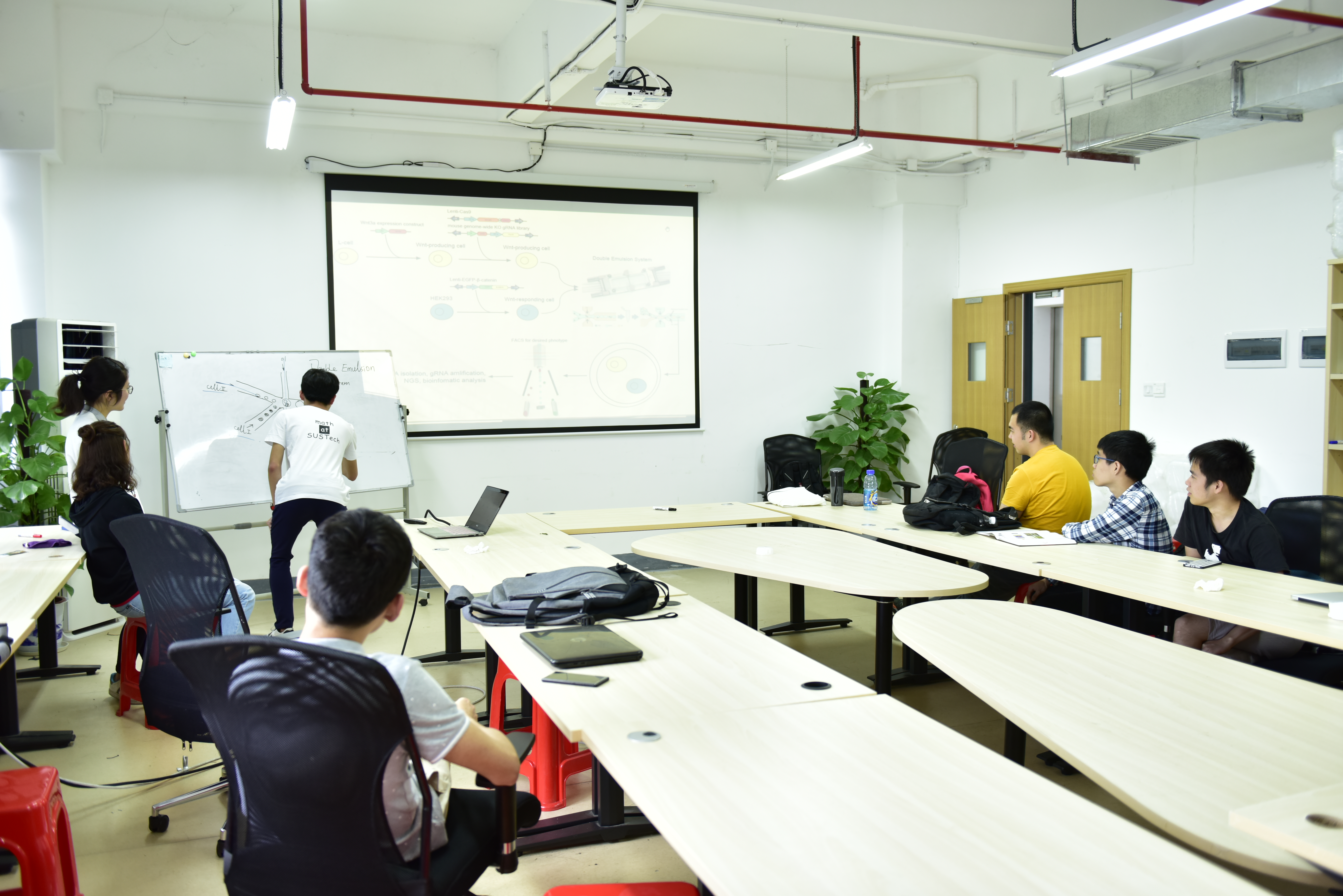 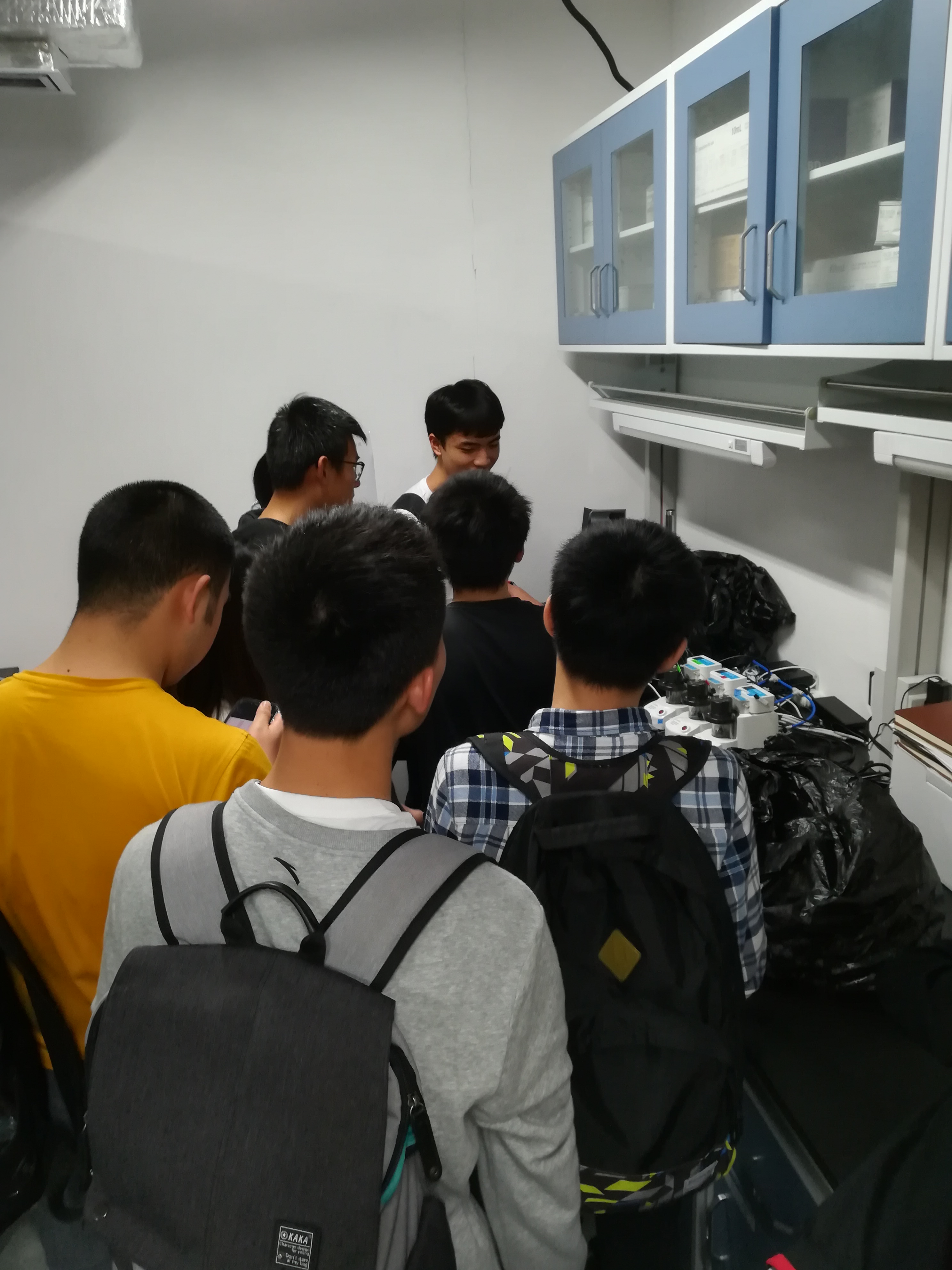 Friends from SZU came to visit our team. We talked about our projects and problems we have encountered and we also invited them to our lab and have a look on how our double-emulsion system worked.

We collaborate with SZU in Biobrick part as well. We tested and found that one of plasmid in 2018 Distribution Kit had error sequences and we sought for help from Team Shenzhen University. We than characterized the part together to make sure the sequence of Biobrick part is correct. 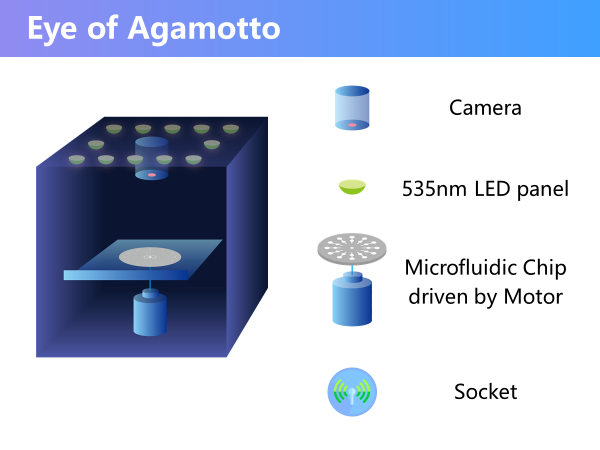 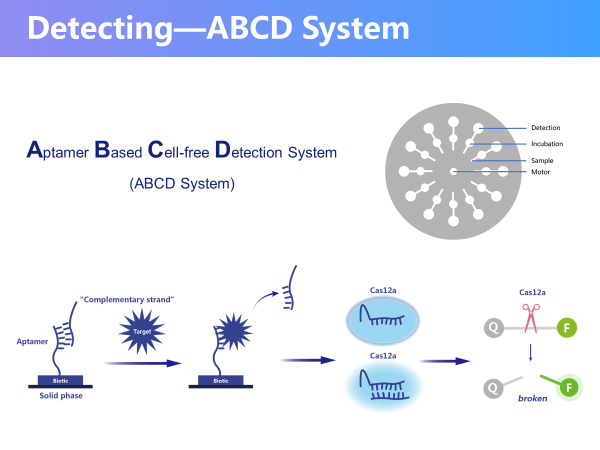 This year, the XMU_China team is also working on microfluidic chips for building a hardware platform, thus we think it would be beneficial to have a discussion over our projects and get some suggestions.

On 16th, Sep 2018, we had an online collaboration with this year’s XMU iGEM team. The two teams engaged fiercely in the discussions of projects and experiment techniques. Their core design is to set up a centrifugation disk to detect the single strand DNA as biomarker to some sort of disease in a cell-free system.

Our team laid questions and helped their team with the microfluidic chips and the flow parameters in the centrifugation system they were working on, and members from the XMU-China team mentioned that we should focus more on presenting our main idea as a synthetic biology related question and showed us the way to present it more coherently. They also gave some advice on cell signaling pathways and cell-cell interactions, and recommended several related articles to us.

Our team also got great inspirations from their design of Wiki pages and poster. It’s till this point that we realized how to create a more simple and concise Wiki page. 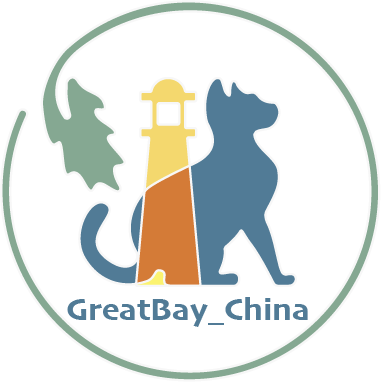 We assisted a high school team, GreatBay_China Team in Shenzhen. We invited them to our lab and introduced some basic concepts in Synthetic Biology. We exchanged our ideas on project design and provide some experimental and technical instructions. The high school team aimed to reconstruct the whole enzymatic pathway in both E.coli and yeast using Biobrick. They tried to build a stabilized promoter which can regulate the transcription level regardless of it copy number, which will be applicable for different transformation methods in Synthetic Biology. We also provided some experimental materials to help them to set up a better experimental procedure. 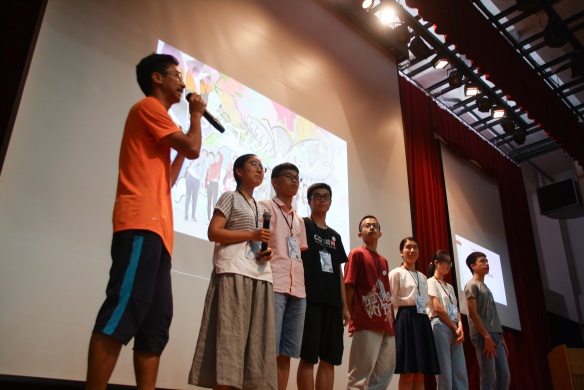 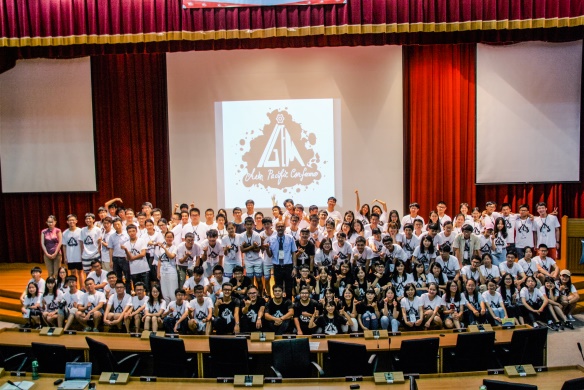 Members on the team made a visit to the 2018 Asia-Pacific conference held by team NCHU. During the three-day convention, teams from the mainland of China, Taiwan and Japan had a great experience.

During the time in NCHU, we presented our idea to several teams and professors. We included the background of our double-emulsion system, the experiment, the modeling and the human practices in a way similar to what we will be doing at the Giant Jamboree. Professors inquired us of our double emulsion rate and how our modeling exactly works, which was extremely informative to us.

When it was our turn to be the audience, we got inspirations from several teams, especially two teams from Taipei. They used self-made icons and animations to substitute traditional PPTs. Through their presentation, they presented their ideas similar to telling a story rather than simply reporting the project, and we were amazed by the simplicity and integrity they had and modified our presentation methods after we got back. 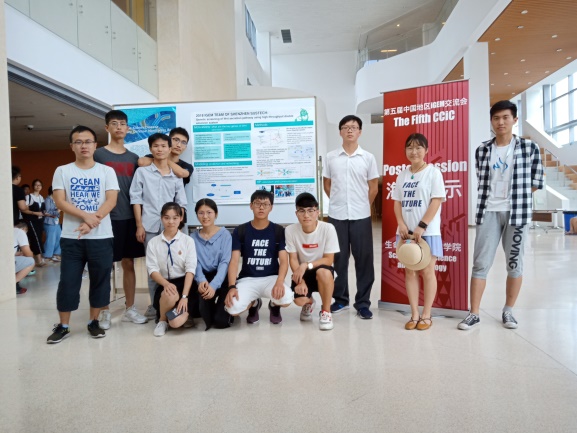 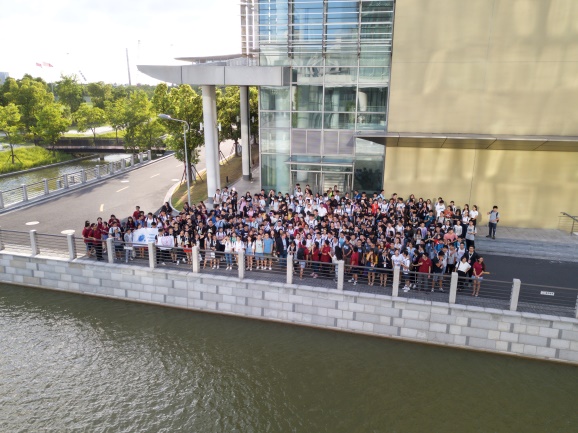 Thanks to team Shanghai_tech this year, our team got the opportunity to attend the 2018 CCiC Conference held in Shanghai, from August 24th—August 31st

We presented our project at CCiC, and we are grateful to the iGEMers that had given suggestions on our presenting methods. They pointed out that although we have done a lot of work, much of which sounded somewhat irrelevant to synthetic biology. We appreciate their suggestions and have made corrections on our presentation and poster to make them more clear and logical.

We are also grateful to Shanghai tech for providing the chance of a special face-to-face Q&A session in the evenings during CCiC. It was then when we encountered and discussed not only our own projects but what we had learned and what we hope for iGEM with professors from the iGEM committee.

We also had a conversation with Dr.Zhang Haoqian from Langene technology company. We discussed over how and what to do to improve the public’s understanding of biological concepts and the questions involved in our CCC project as well. We also mentioned our wish to hold the 2019 CCiC Conference so that we could also provide such a brilliant opportunity for iGEMers to communicate.